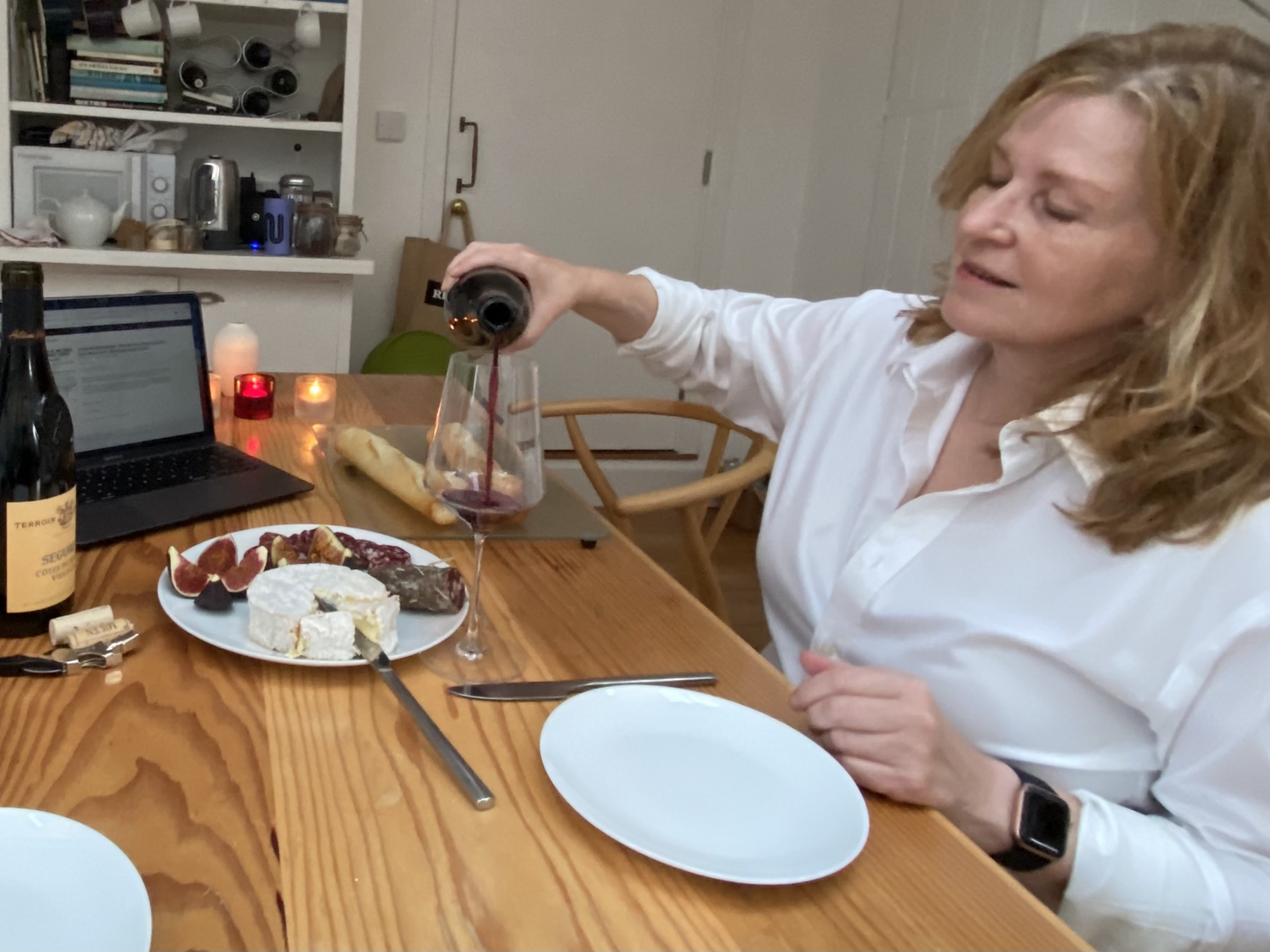 The wine world is full of people on a mission to ‘educate consumers’. It all sounds so dreary and formal… some wine drinkers just want to feel more confident when they go into a shop or order off a wine list. And if they can be entertained at the same time, even better.

An educator might tell you that Grenache is prone to producing lots of sugar, which in turn can make generous wines with high levels of alcohol. But, on a Côtes du Rhône-sponsored podcast I recently listened to, host Joe Wadsack referred to Grenache in that part of France as like “Mister Blobby, broad and soft… a beanbag compared to (Syrah’s) upright Renee Mackintosh chair”. I’ve known Joe for some time and cannot think of anyone in the wine biz to match his combination of encyclopedic knowledge, taste memory and brilliant turn of phrase.

Joe’s guest on this particular episode was Matt Walls, who spent two years living in the Rhône writing a book called…”Wines of the Rhône”. He is an engaging writer and also had a good turn of phrase, such as Châteauneuf-du-Pape being a loud diner laughing heartily in a restaurant, or Cornas being lupine compared to Hermitage being leonine.

Their chat started with talking about the whites of the region, especially those from the Southern Rhône which are often “overlooked” said Matt. (So overlooked that, as a retailer, I have to pre-order a white Lirac so that it can get shipped with the more popular red.)

Matt and Joe talked about the grapes that went into white Rhône wines, particularly Clairette ( like “a duvet in the mouth” says Joe), Grenache Blanc, Viognier and Bourbelenc, the latter which is generally used as a blend and, says Joe, is like adding “dry roasted peanuts”.

At this point, I really wished I had a glass of Rhône white in my hand. Instead, I had a glass of red, one of two bottles sent to me to make the experience more immersive – along with some dreamy Camembert and delish Westcombe Saucisson Sec (I added some baguette and fresh figs). And it is fair to point out that whites make up only 10% of Rhône Valley production, compared with 75% red, and another podcast in the series had also covered whites. 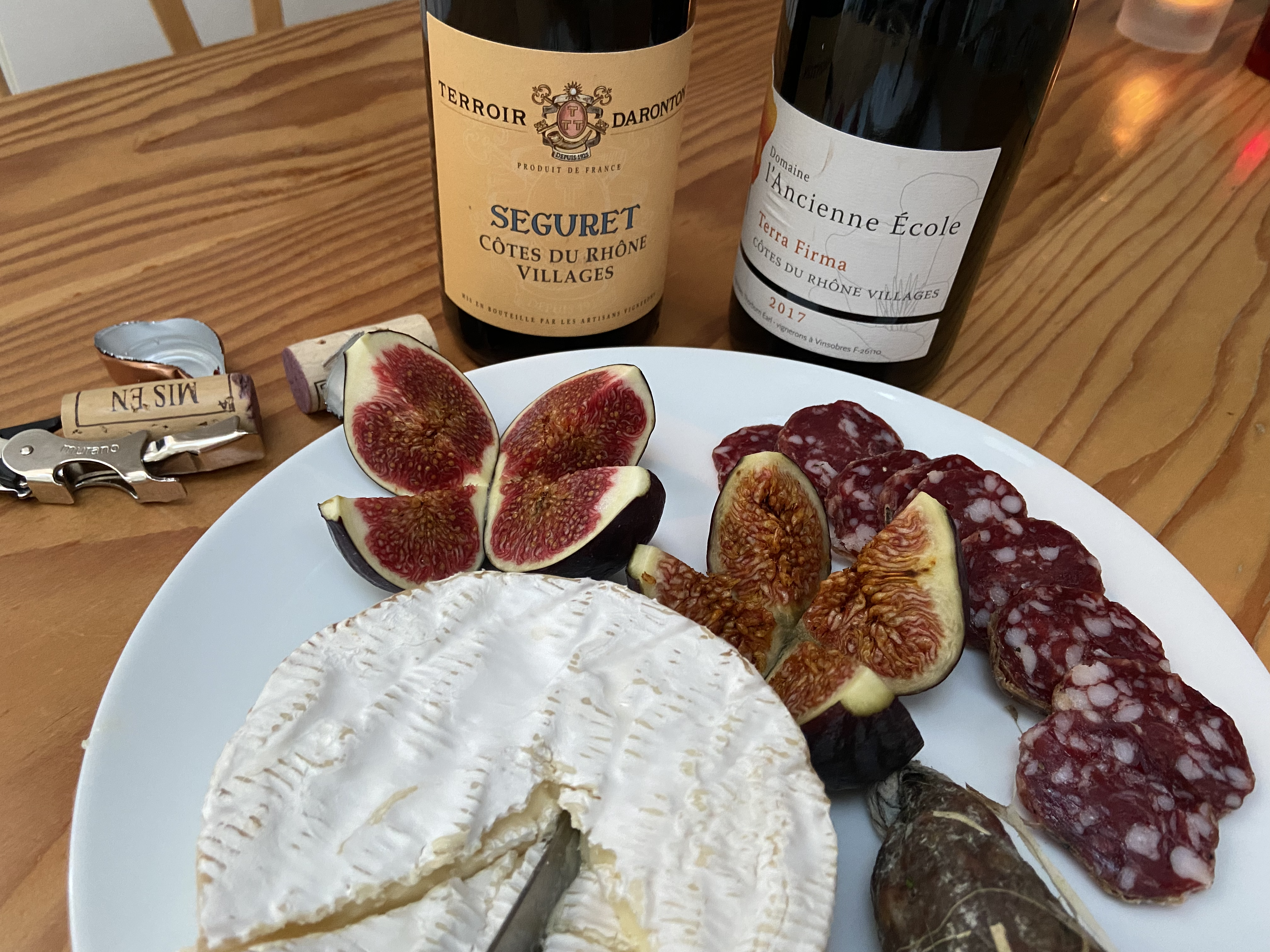 Joe and Matt’s conversation talked a bit about Rhone rosés (15% of total production), which are darker in colour and more flavoursome than Provence and – I speak from experience – a much harder sell in the pale-crazy UK. Doesn’t stop me trying with Tavel. It is one of the best wines to drink at a lazy long summer lunch.

Finally, they turn to reds, touching on areas such as the growth of minor player grapes such as Counoise, the re-emergence of whole bunch fermentation (even though de-stemming is comparatively new) and its benefits in term of smell, taste and drinkability plus how the Rhône still feels very human, no matter how big the winery. Fittingly, one of the wines they taste is widely-available Guigal’s Côtes du Rhône 2017, which has a lot of Syrah than is usual in Côtes du Rhone, as this comes from the northern Rhône making it more upright and linear or, as Joe puts it, “more Paul Smith suit than baggy trousers”.

While the 26-minute episode wasn’t geeky, it was definitely helpful to know some winemaking terms. But it was a genuinely good listen – I could have tuned in for longer.

The wines I was sent were not included in the podcast, but it didn’t matter. It was a nice touch that added to the experience.

Rhonea, ‘Terroir Daronton’ Seguret Côtes-du-Rhônes Villages 2019
Muscular and square-jawed, with smoky tones and a streak of licorice root. A hearty wine for some hearty food. Made by Rhonea, who like to call themselves a new-generation co-operative. Available at Waitrose Cellar.

You can listen to this podcast and others in the series here: