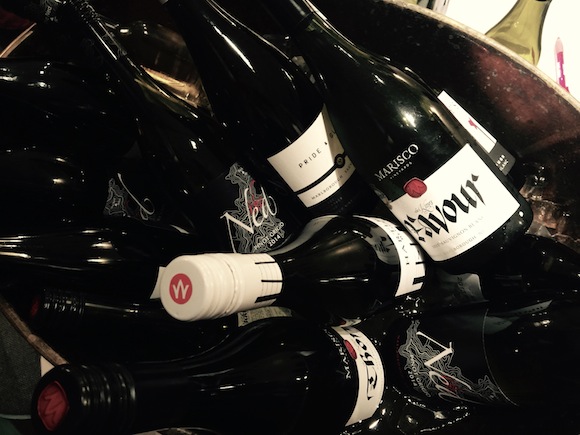 Brent Marris has a lot to answer for.

The Marlborough winemaker was responsible for my New Zealand Sauvignon Blanc crush back in the day, when I would pile my Majestic trolley high with Wither Hills Sauvignon Blanc. When I would smugly inform my passé Oyster Bay-guzzling friends that the winemaker had moved on.

He was also, it turns out, partly responsible for my utter contempt for the tropical fruit-scented gloop that became the dominant style for a while.

At a dinner and tasting at The Merchant’s Tavern London, he owned up to his role in helping make Marlborough Savvy so OTT.

“What made Marlborough [Sauvingon] famous was its grassy herbaceousness,” he said, showing us how he (like many other winemakers) had now reined it back in.

These days Brent, who heads up Marisco, is mainly known in the UK for high street favourite The Ned Sauvignon Blanc, though there are wines under the same label made from other varieties.

We tasted of our way through The Ned range and another Marisco label, The King Series. However,  I was there to for The Craft Series, his recently launched super-premium label. 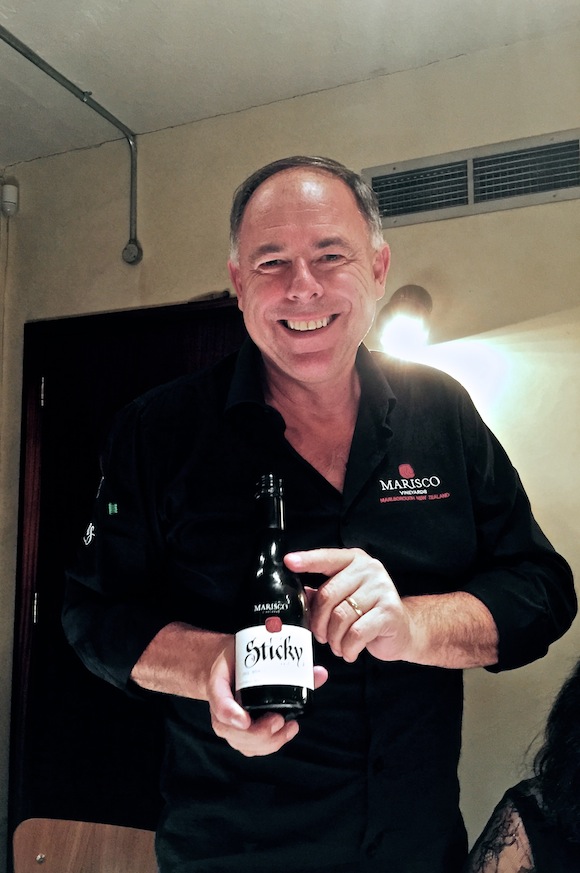 Brent described Marisco as “like having a boutique winery on a commercial scale” and The Craft Series, as the name rather obviously suggests,  are wines made with a more artisan, hands-on approach, in limited quantities and a much higher price tag.

The Craft Series Pride & Glory 2011 Sauvignon Blanc, which is aged 500L French oak barrels, and spends part of its maturation on Chardonnay lees, was my pick of the bunch for its texture and complexity.

The Exemplar 2012 Viognier had an enticing nose of freesias and a soft mouthfeel. But it lacked zip, as Vognier so often can. Brent told me I’d see a difference in the 2013 – but that has yet to be shipped to the UK. 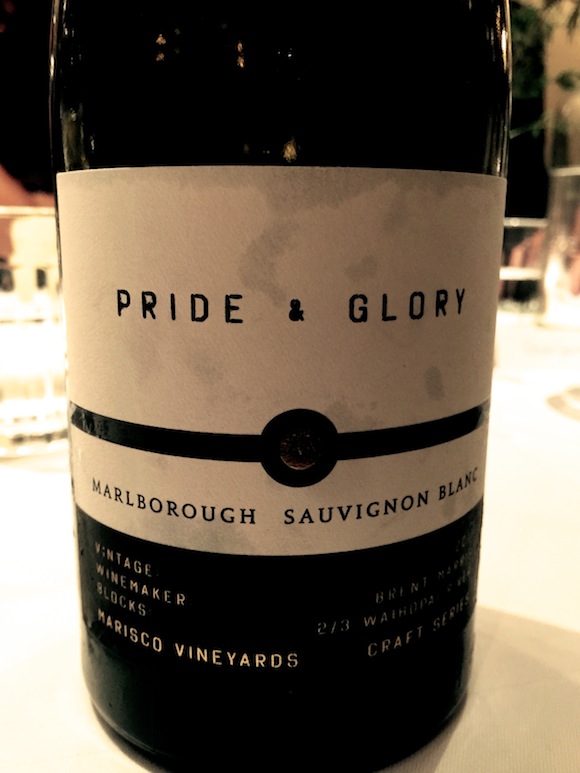 The third wine in The Craft Series is The Journey Pinot Noir made from different parcels of specific clones, on specific soils, with a specific exposure.

“It is all about bunch architecture and canopy management” explained Brent (thankfully stopping short of the “made in the vineyard” schtick). The 2013 we tried was very much a babe, bursting with primary soft raspberry aromas plus some floral, spicy and tar notes too.

Then Brent dropped the bombshell. Its RRP is £50.

“It’s expensive to make,” he explained.  Only 150 cases exist (and none yet in the UK, it seems). But with so many fantastic New Zealand Pinot Noirs occupying the £25 to £45 price range, this did leave me a bit stunned.

Why do winemakers who are so strong and successful in the low to mid range want to get a slice of fine wine action? Is it because there’s a demand? Or because they want to prove the are still artisans at heart (like supermarket stalwart Neil McGuigan, who last year launched a £100 wine called The Philosophy)? Or is it because everyone else seems to be pumping out premium Pinots?

“Brent doesn’t do things to copy others – the ethos behind these wines is to celebrate the Pinot Noir in a vintage that is exceptional – and hence we only release when we feel it is ready. Why can’t there be £50 Pinot Noir from Marlborough? Marlborough is producing fabulous Pinot Noir that should be celebrated,” Siobhan Wilson, Marisco’s Sales and Marketing Manager, told me in a later email exchange.

Well, I didn’t say there shouldn’t be a Marlborough Pinot Noir with a £50 price tag. Seresin’s top Pinot Noir, Sun & Moon, for example, retails for around £53-55, and it is not something I’ve questioned. But Seresin leads you there with a series of delicious Marlborough Pinot Noirs in the £20-40 bracket. The leap from Marisco’s decent The King’s Wrath Pinot Noir (c. £18) up to The Journey feels aspirational. It was good. It just didn’t thrill.

You could argue that it’s never done Penfolds any harm. But don’t most people choose Penfolds because of Grange,  the iconic wine on which they’ve built their global reputation? Maybe in 60 years hence, it’ll be the same for Marisco. And maybe I am letting my prejudice as an independent wine merchant, who champions smaller-scale producers, cloud my view.

” We have an outstanding winemaking team with Brent at the helm – and with their experience and passion for wine it was only a matter of time for us to launch a super premium range that would speak to the artisan craft of winemaking,” added Siobhan. “It is not about filling a gap [in the portfolio]– it is about wines that developed in certain vintages where Brent saw something unique and exceptional – and so thought “this wine needs to be nurtured and crafted” .

“Yes we want our customers to ‘move up the ladder’ but also we want to introduce new customers to Marisco Vineyards – and show what our property and winemaking can do.

“Our key retailers are loving it and jumping at the bit to range these wines.”

One thought on “Marisco Makes A Crafty Move”