It’s 10.30am and, faced with an iconic wine that I may never get the chance to taste again, do I spit or swallow?

The wine in question is Henschke Hill of Grace 1994, currently retailing at £458.90 at London’s Hedonism. (Hurry, they’ve only the one bottle!)

The concentrated black fruit flavours you’d normally associate with a South Australian Shiraz have faded into the background to leave a gamey, savoury quality reminiscent of tobacco, tea and desiccated berries. Compared with the 1994 Henschke Mount Edelstone, from Shiraz grapes grown in another part of the Eden Valley, it’s feeling a bit geriatric. 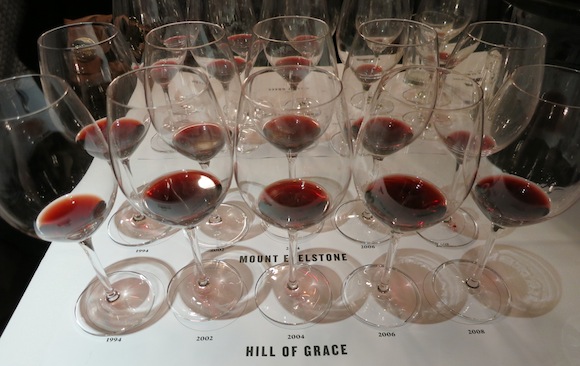 But, and this is a big but, the vines on which the grapes for Hill of Grace grow were originally planted around the 1860s. They have never been affected by phylloxera, the teeny root-munching bugs that decimated vineyards throughout the world (and still remain a danger) but have left South Australia untouched so far. And its age, suggests winemaker Stephen Henschke, could account for why it has developed faster than the Mount Edelstone, made from vines planted at the beginning of the 1900s. The whippersnapper.

“As far as we know, Hill of Grace is the oldest single vineyard wine in Australia,” explains Stephen.

I’m tasting these wines at a masterclass with Stephen and Prue, who talk us through the history of the estate from Silesian settlers, following in the family footsteps (Stephen is the fifth generation), the advantages of using the Scott Henry Trellising system on older vines, putting premium wines under screwcaps and how they’ve adopted organic and biodynamic practices. 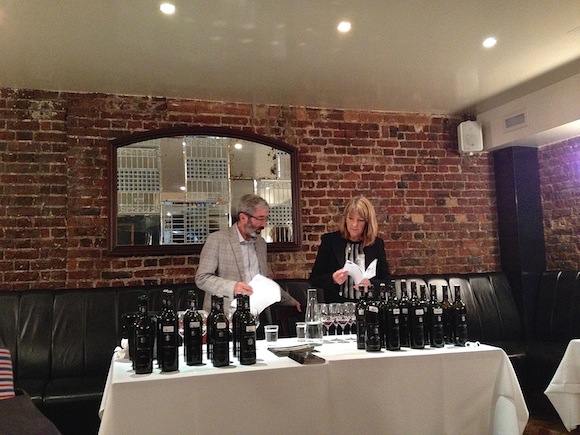 “It’s always a bit of fun to compare old vineyards,” says Stephen, as the rest of us pore over our glasses in a silent, serious reverence. “Hill of Grace is deeper, darker and more broody. It has an exotic quality to it.”

Mount Edelstone definitely has a more obvious charm about it. And is a comparative snip to the Hill of Grace. My favourites are the 1994, layers of prunes, cassis, cedar, vanilla and dark chocolate with an airy freshness about it; the 2002 with its menthol, dried herbs and peppery aspect mixed, fragrant fruits and tongue-gliding texture (15% ABV but doesn’t feel it); and the 2010, the latest release, which already has well-integrated tannins and superb balance. I don’t think it would be a wine crime to drink it now. It might be a shame though. 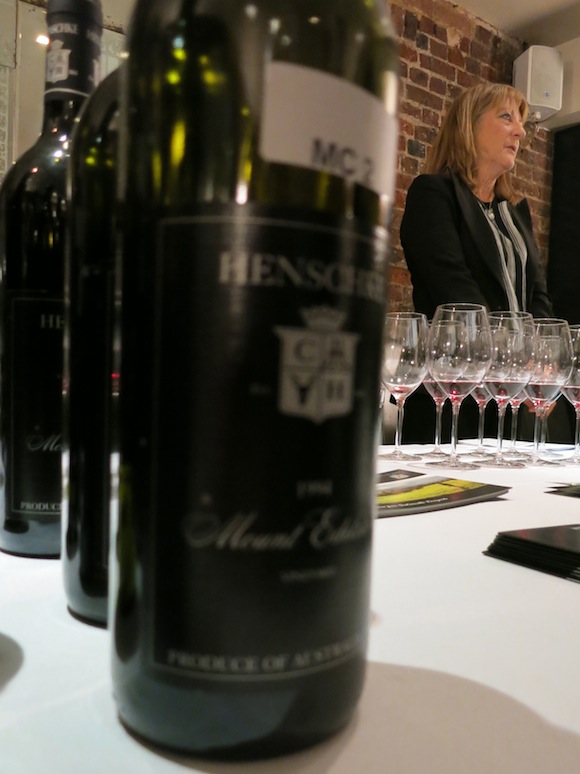 Hill of Grace has the intrigue. What is that taste in the 2004? That’s it – sumac! Tangy middle eastern spicing mixed with bitter chocolate and tobacco leaves. What am I picking up in the silky opulence of the 2002? Allspice! Plus those lovely layers of chocolate and, yes, tobacco plus… dried grass. I just wish I could spend a bit more time unlocking what’s in the glass.

“In your lifetime, there’ll be one vintage that stands out,” says Stephen, of the 2002 and its long, slow ripening period.

And that’s where I take a sneaky sip. It might be the only chance I have to taste the wine in my lifetime.

Hill of Grace and Mount Edelstone wines are not made in huge volumes, and are highly sought after. Your best bet is to contact Great Western Wine, the retail arm of importers Enotria, who invited me to the tasting.

One thought on “Once In A Lifetime Wine”