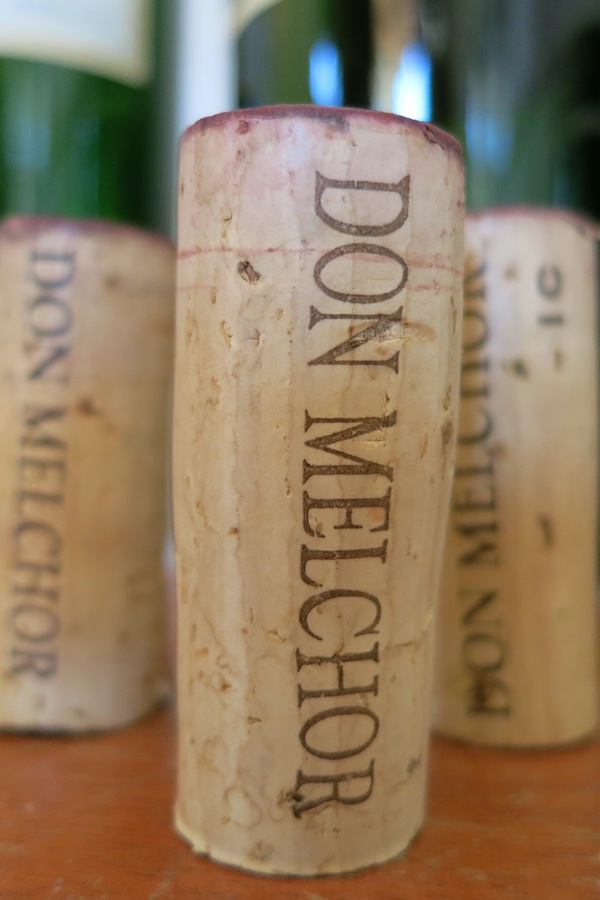 If you ever get the opportunity to visit the vineyard where Concha Y Toro’s flagship Don Melchor wine starts its life, you are likely to find yourself in a ditch. An actual ditch, dug just so that you can see, close up, the composition of volcanic stony soil in which the vines struggle to survive. Beats being handed a stone or rock by a winemaker, as is so often the case. 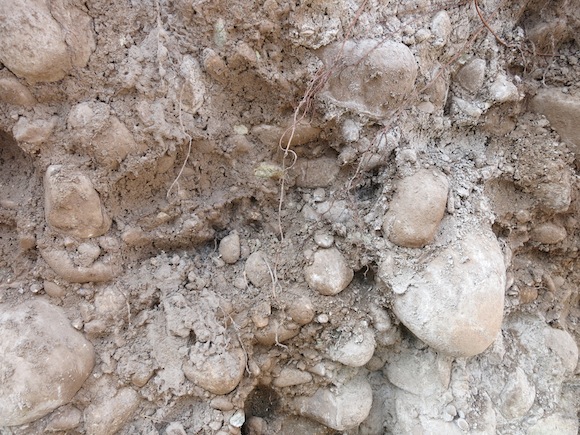 Making a vine fight to get nutrients doesn’t produce an abundance of fruit. That’s the idea. All the goodness and flavour gets concentrated into the grapes the vine does manage to produce. Most of the world’s best wines begin this way.

It’s not just the soil that’s important though. Look up from the ditch and you will see the magnificent, snow-capped peaks of the Chilean Andes rising up in the distance. 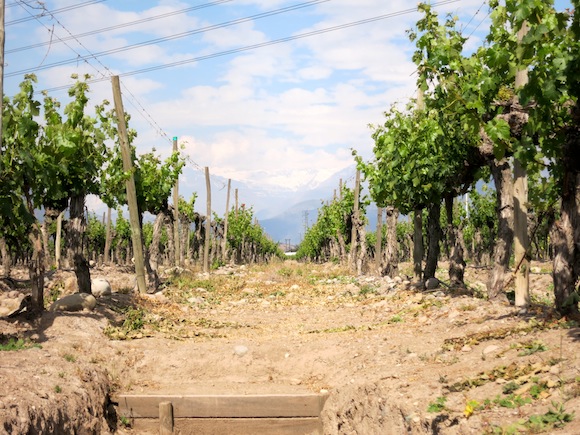 The vineyard itself, in Puente Alto (near the capital of Chile, Santiago) is 650 metres above sea level. It’s this height, and proximity to both sea and mountains – plus the big differences between the heat of the day and the coolness of the night as a result – that produces such top notch Cabernet Sauvignon grapes for both Don Melchor and neighbouring Almaviva – a venture between Baron Philippe de Rothschild and Concha Y Toro. 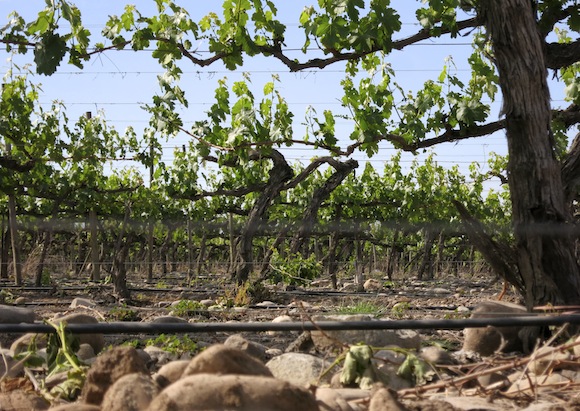 Don Melchor winemaker Enrique Tirado (here he is in the ditch!) describes the team behind the icon brand “like a winery in a winery”.

I meet him at Concha Y Toro’s HQ, a grand, porticoed mansion where the main draw for tourists is the Casillero del Diablo wine cellar.

Enrique takes me, and a small group of sommeliers, through a tasting of wines made from six different parcels of vines within the Puente Alto vineyard. These will all make up the final blend for Don Melchor (in differing amounts according to each vintage) and be aged in a mixture of new and aged French oak. 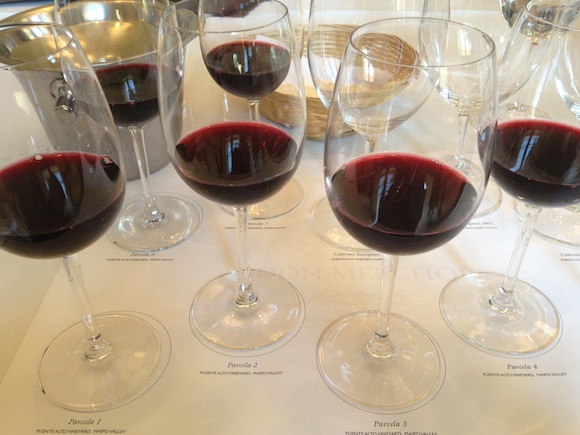 Enrique wants us to see how Cabernet Sauvignon can express itself differently within 114 hectares (the size of the vineyard). There is also wine from a seventh parcel. This is Cabernet Franc to add, apparently, softness and complexity.

We taste our way around, noting that some of the wines feel more fresh because of higher acidity, some have more dense fruit, and others where other flavours in the Cabernet Sauvignon spectrum come to the fore.

Then Enrique does his party trick, taking all the wines from different parcels and making up a blend there and then. Since he’s been in charge of Don Melchor since 1997, he’s had just a wee bit of practice. It is fascinating to taste the final result and then try to pick out all the different characters from the parcel wines. 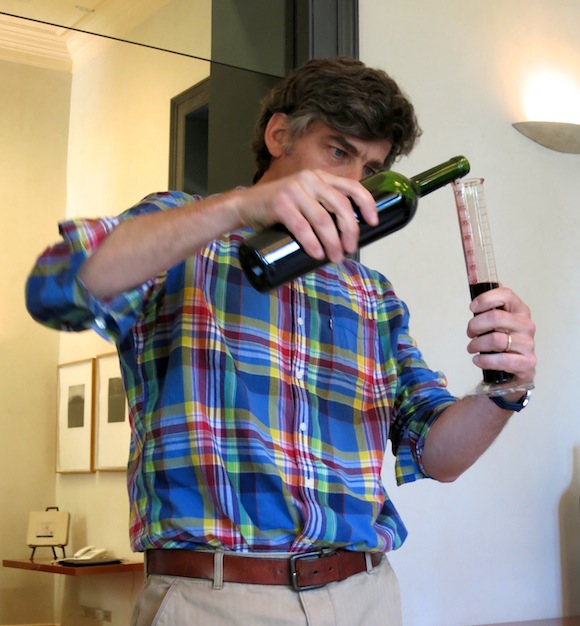 Enrique explains that his aim with Don Melchor is “to show an expression of the vineyard, not an international style”. In other words, he’s not making it to appeal to a specific palate or market in mind, like you could argue the beautifully honed, jet-set, super-duper-ultra-premium Almaviva is (see also Napa’s Opus One).

He’s trying to show how his country can make a fine wine out of Cabernet that still feels Chilean.

Is he successful? I’ve not blind tasted it with other Cabernet Sauvignons but, as you might have guessed, I prefer the rugged superhero dash of Don Melchor to the glamorous supermodel sashay of Almaviva. 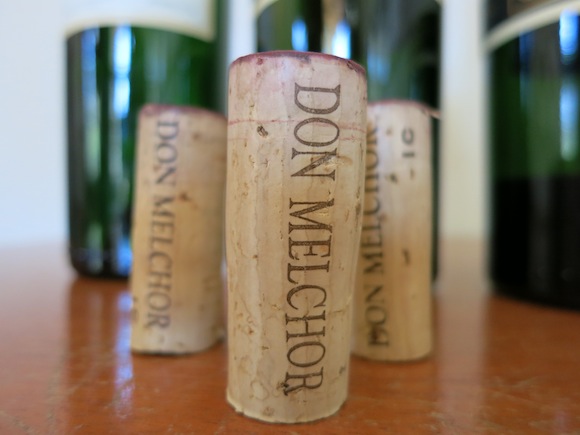 Before we leave Chile, we treat ourselves to (i.e. pay for) a bottle of Alpha Montes M 2010, a competitor in the high-end Cab stakes, and a bottle of Don Melchor 2009.

It would be unfair to make a detailed comparison, given that they are different vintages, the grapes come from different Chilean regions, and both are drunk before they show their true potential.

But on that night, the chiseled intensity of the Don Melchor is the wine that seduces me. And a great reward for standing in that ditch.

Don Melchor retails in the UK for c £50-60 depending on how many you buy, if it’s part of a 12 case minimum spend/order and if you need to pay for delivery if ordering online.

I travelled to Chile courtesy of Concha Y Toro.