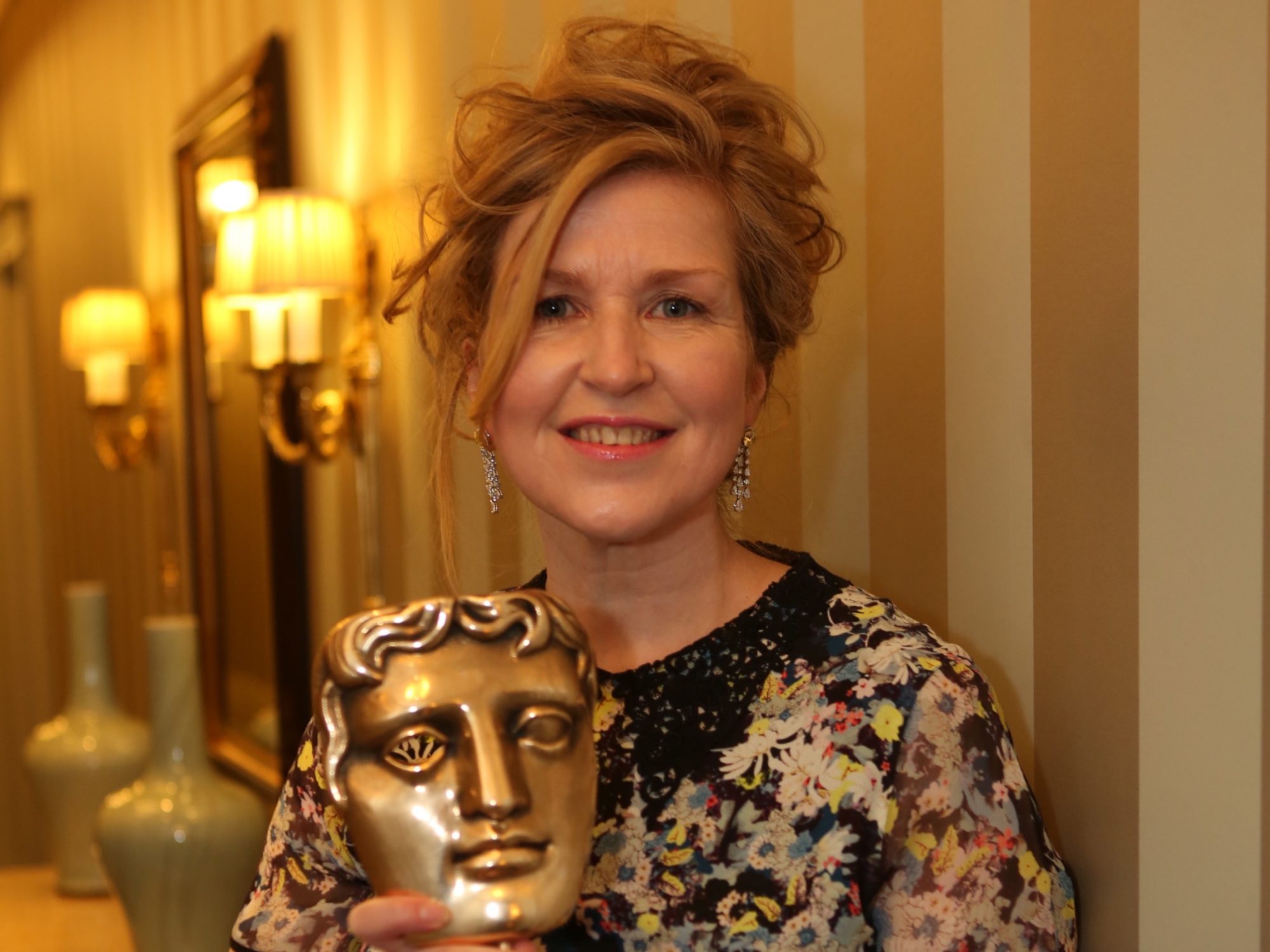 When Edgar Sampson wrote Stompin’ At The Savoy, I doubt he had in mind a woman clomping around in vertiginous heels, in serious danger of tripping over her £1000 floor length dress and smashing the glass of Champagne in her hand.

Yet here I was, tottering clumsily around the Savoy Hotel in the Strand, experiencing what it was like to be a EE British Academy Film Awards nominee getting ready for the big night.

You have to be good in heels, for a start. Or at least use your acting skills to pretend you are. And you would have arranged your designer dress weeks before, instead of selecting the one that fitted, straight off the rail.

But those are minor details. Entering the BAFTA Style Suites as your everyday self and emerging 90-minutes later, red-carpet ready, was what it was all about. 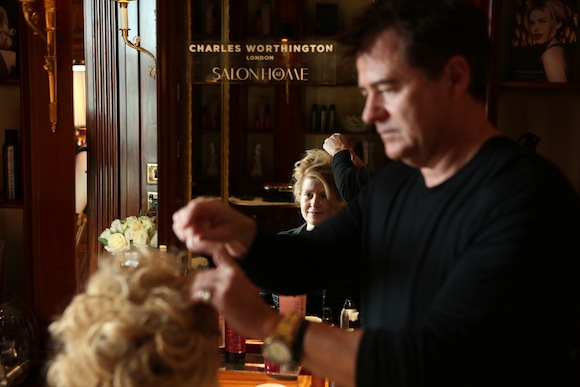 First up was an appointment with crimper to the stars, Charles Worthington. We have friends in common (and we were both at their wedding last year), so we had plenty to chat about. All the way through, he was careful to make sure I got the style I wanted, rather than what he thought I should have. Loved the result. Oh, and FYI, he likes crisp whites and light reds. Listen, I had to get wine in there somewhere.

Next, it was a make-up session with Lancome. I learnt that usually, it takes at least 90 minutes to prepare the face of an actress. NINETY MINUTES! Most of it is spent on prepping the skin, apparently. Thankfully, my “taster” took about 20 minutes. 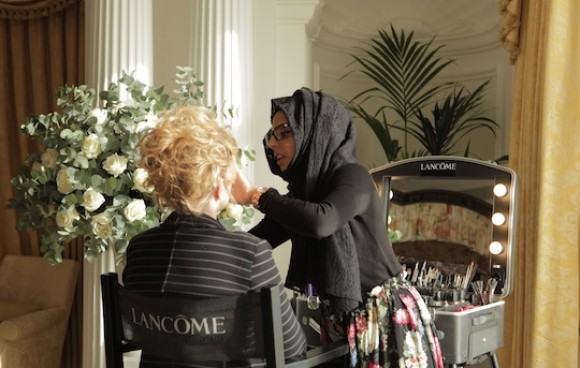 En-route to pick my dress, I swooped up a glass of Taittinger Brut NV. Taittinger, along with Villa Maria, are one of the Film Awards partners. And it’s thanks to them I was getting all dolled up. So, I was damn well going to have a glass. Even if everyone else seemed to be drinking tea. 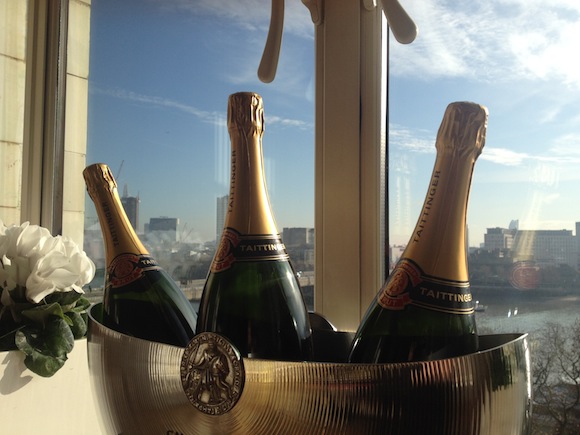 My next appointment was with the British Fashion Council, who had samples from British designers in teeny weeny sizes.

“You can leave the back unzipped,” they said, perkily.

After discarding the sleeveless and the skimpy, I tried on a dress by the Duchess of Cambridge’s favourite designer Jenny Packham. It made me look like Pat Butcher on a night “up west”. Definitely one for the smaller-chested.

In desperation, I opted for a floor length floral dress, really not my thing at all. I slipped it on and, hey,  it fitted. For that, Erdem, I salute you. 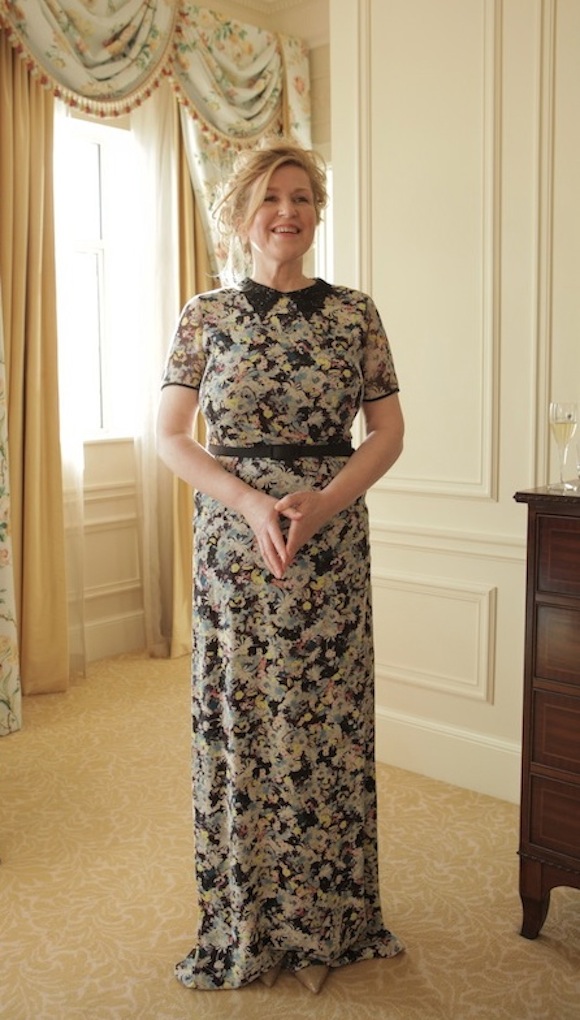 Finally, my arches were shoehorned into Jimmy Choo gold glittery stilettos and I stumbled and stomped my way to where Asprey had set up. A pair of Halo Drop earrings with “fancy vivid and intense yellow” diamonds for the lady, please (£520K). 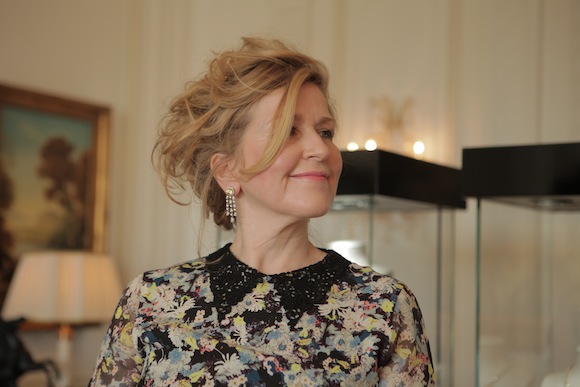 Then I was handed my BAFTA statuette and headed out into the hallway for photos, accompanied by a security guard. Just in case I did a runner with the earrings. In those shoes? Yeah, right…

After I’d changed back to my civvies, Amy from the BAFTA Partnership team said my husband should take me to dinner with hair like that. But he already had plans. I did, however, get to show it off by the spittoons at the New Zealand Wine trade tasting. Yes, you can touch the glamour in my life. 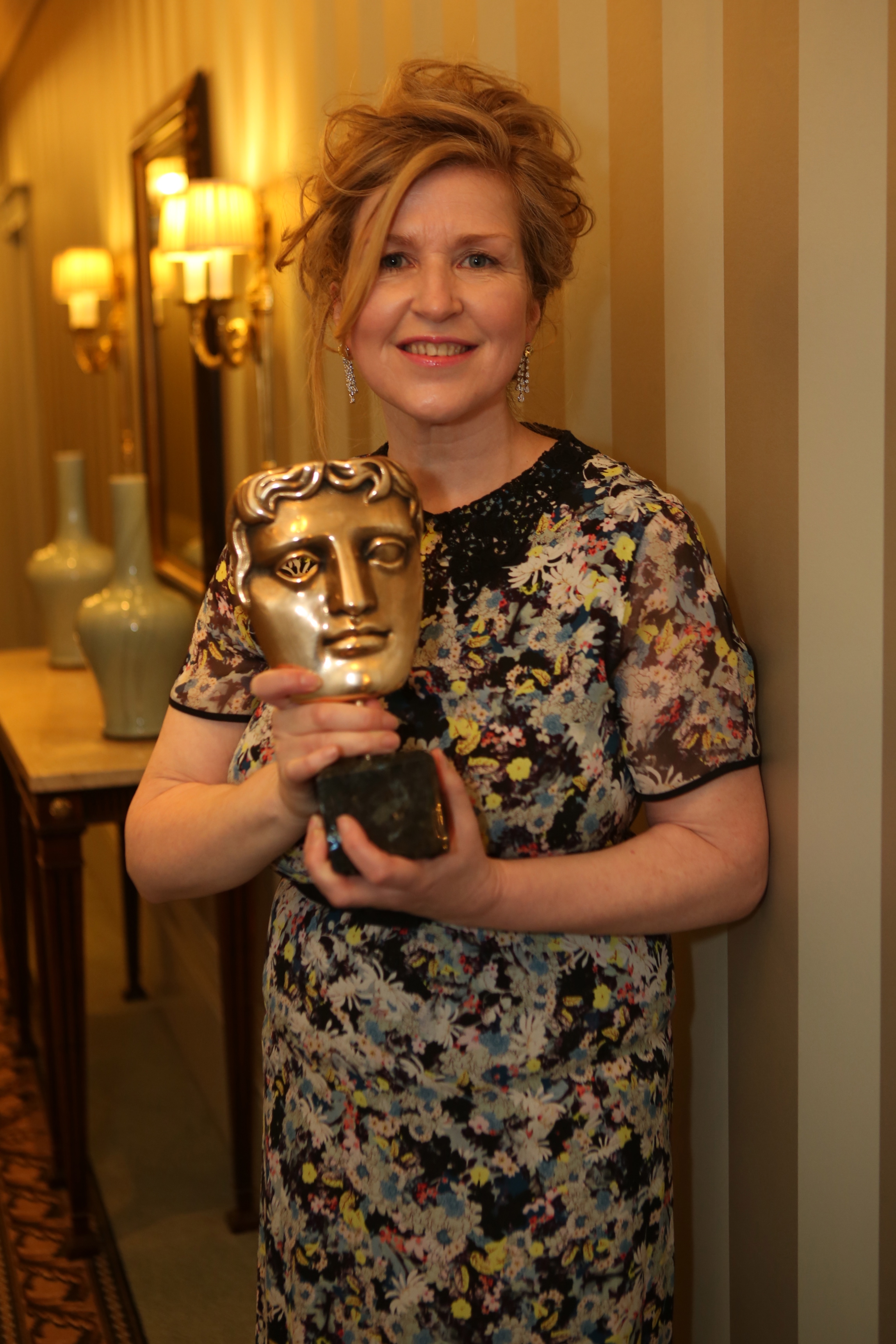 Now, if you want to know what wine to drink with the nominations for best film, here are my suggestions.