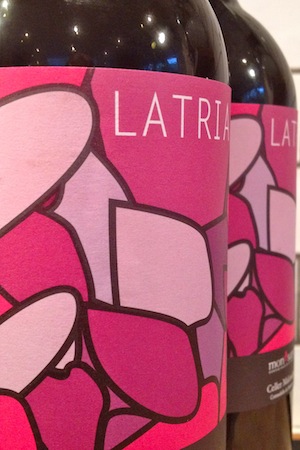 We Brits love a bargain.

Getting something for next to nothing is part of our national psyche. Especially when it comes to wine.

No, this isn’t a diatribe about cheap wine. Been there. Done that.

This is about good value wine.

I am guilty as charged when it comes to saying a wine is a “bargain” when what I really mean is that the wine is terrific for its price. Especially with the UK’s punishing taxes on wine.

Sometimes, though, “good value” sounds too soft a phrase. Especially when the wine in question is under £10.

So, here for the record, are some wines under a tenner that I think are just plain good value. (And a few that are, indeed, total bargains.)

When I tasted this at Oddbins, I thought it pretty good for £9. But you can now get the Latria ’06 online at The Wine Society for £7.50. For a neighbour of the Spanish aristocrat of wines, Priorat, this is truly a bargain.

It does have some brett (brettanomyces) –  a wild yeast that can add some strange odours to (mainly) red wine. While it is considered a fault, many people are not offended by it if the wine still tastes good.

I tried this wine on some friends at a Sunday lunch. “Delicious!” they all said, even when I pointed out the mild farmyard tang. They thought it added an earthiness to the velvety dark plums, blackcurrants, granite, pinch of spice and wisp of smoke. Reader, we drank more than one bottle. 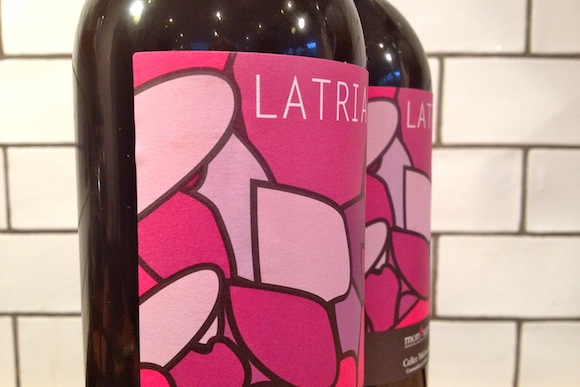 Other good buys at The Wine Society this summer:

* Elio Perrone Moscato d’Asti 2011 – a light, floral wine with a gentle sparkle. Perfect for summer fruit puds and amazing value at £6.75. I’ve spend a lot more on Moscato that is little better.

* De Martino Viejas Tinajas Cinsault, 2011 – Chile, but not as you may know it.  Some concentrated fruit flavours but without the brick-between-the-eyes experience to boot. Lots of herbs too and black pepper heat. Fermented in amphorae “for fun”. As you do. This would be my wine choice for a barbecue. Even one in the rain. £8.95 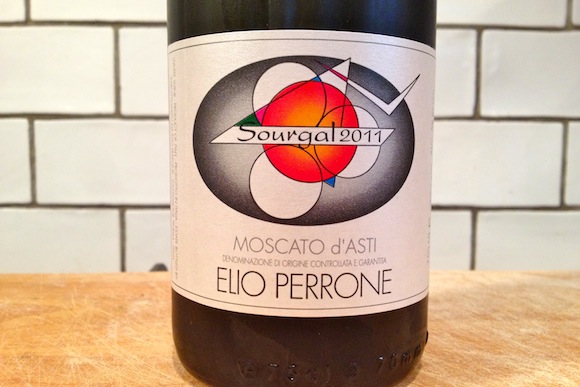 Admittedly, I picked this wine out of desperation.

A weekend in Somerset, on the wrong side of the M5, wasn’t rich in wine choices. Then, like a beacon of light, Sainsbury’s in Bridgewater appeared. And this Languedoc white sat winking on a low shelf, giving a little “I-won’t-need-much-chilling-before-you-can-drink-me” come on.

This wine is made by Jean-Paul Mas, he of the cringe-making Arrogant Frog brand – and the much less squirm-worthy Domaines Paul Mas.

For Sainsbury’s, he’s produced a blend of Grenache Blanc, Marsanne and Vermentino. Fat and ripe it still had an air of freshness with flavours of peaches, cantaloupe melons and raw almonds. A very easy drinking choice as it turns out.

I went off Picpoul a bit due to its seeming appearance on every gastropub wine list in the land. Sadly, the ubiquity is too often matched with mediocrity. But all is not lost.

At a Stone, Vine & Sun tasting of wines from the Languedoc-Roussillon, the Creyssels Picpoul was my favourite. It’s plump for a Picpoul – it has sat on its lees (dead yeast) for a short while, giving it a creamy texture underpinned by brisk acidity. The nose is a divine combination of nectarines and white blossom,  though it’s more citrussy on the palate. £8.25 at Stone, Vine and Sun and £8.60 at The Sampler. 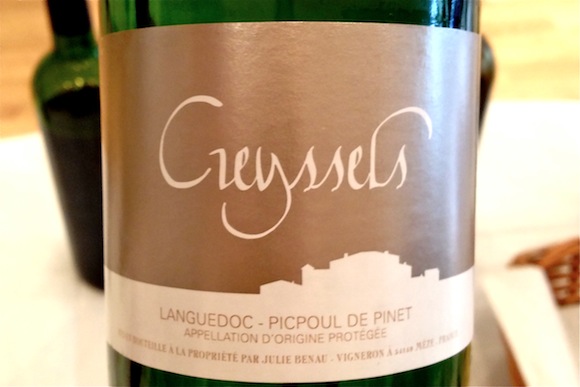 From the same tasting, I also liked two wines from the Côtes de Thongue, where winemakers have eschewed AOC status to make more of what they like:

I know, I know. ANOTHER white from the beautiful South of France. What can I say? Here be bargains galore.

This Chardonnay is soft, creamy and rounded – having been stirred with its lees for three months and been partially fermented in oak. Think ripe honeydew melon and peaches. Just very, very drinkable. A bargain at £6.99 if you buy two at Majestic. Still good value at £7.99 per bottle.

I haven’t quite finished with southern whites. The Mas des Montagne Terroirs d’Altitude Blanc 2010 from the Côtes de Roussillon is a smashing Macabeo and Grenache blend, full on flavour but with a balancing cool ripple. £8.49 each for two bottles. 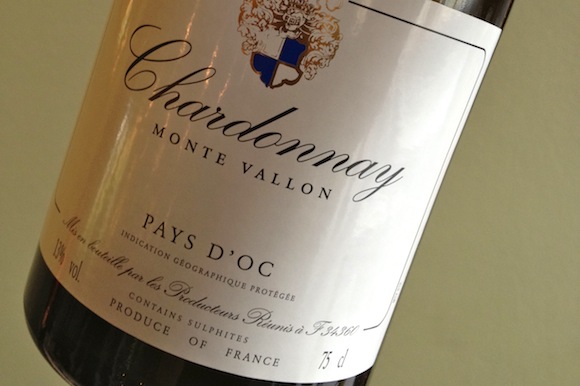 Other good buys under £10 from Majestic, if you buy two bottles of each:

* Morgon 2011, Château de Pizay – entry-level and young maybe for this more powerful of the Beaujolais Cru, but it feels surprisingly smooth and elegant for the price. £7.99.

* Ramos Reserva 2011, Alentejo – a hearty Portuguese fruit compote of a wine that will warm you through on a chilly, wet late spring night. £6.99

* Churchill’s Estate 2008, Douro –  another Portuguese wine, tasting of rich dark chocolate and berries with a sneaky savoury, almost animal streak running through it. £9.99 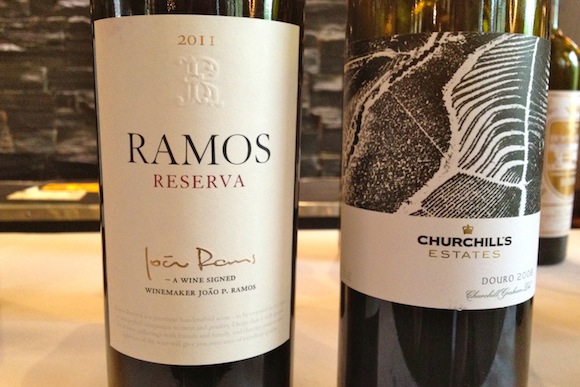 A friend came back from a Marks and Spencer trade tasting raving about this. Ok, maybe that’s overstating it. “Rather good” was probably nearer the mark.

What makes it rather good is the 15% of Pinot Bianco blended in with the Pinot Grigio, giving it an added roundness. It is fruity, not bland as some much cheap Pinot Grigio can be. Juicy orchard fruits and a clean, hint-of-tangerine, finish. It still tasted pretty good the next day. £7.99.

* The Palataia Pinot Noir is also great value at £8.99, also at M & S.  Stick it in a decanter and everyone will think you’ve spend ££ more.