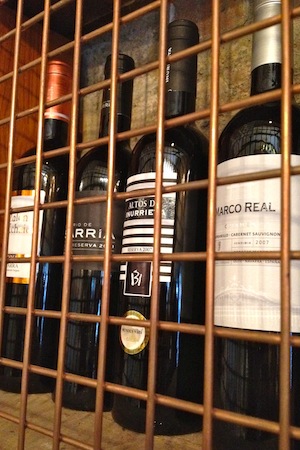 Before I went to a recent Wines of Navarra tasting, my thoughts were as follows: wines from this region are approachable, made primarily from Garnacha (Grenache) and Tempranillo, and great value compared to neighbouring Rioja. Oh, and they make a lot of rosado (rosé).

Circling the tables in London’s bijou Bar Pepito, though, I felt a lot less confident about summing up Navarra’s wines so neatly.

Sure, there were some very good value wines “punching above their weight” as one fellow taster commented. But they weren’t all made from Garnacha and Tempranillo. There were some smooth operators – alongside some big beasties made from, or including, so-called international grapes: Cabernet, Merlot and Syrah. There were also some white wines in with the rosados – from crisp to super sweet. 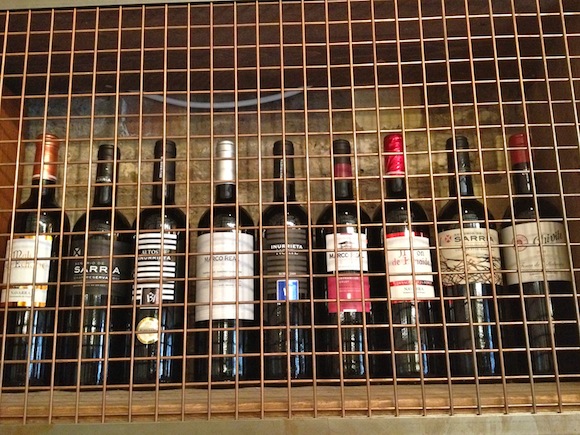 Navarra, it seems, is a work in progress in terms of a typical wine style. The region’s wine body puts this diversity down to geographical differences in the five designated wine zones. Maybe. I suspect there’s another reason too. Despite evidence of winemaking dating back to Roman times, this “New Navarra” was born in the 1990s, thanks to new blood, new techniques – and a new eye to the export market.

Carlos Aliaga, from Viña Aliaga, told me he had produced his Doscarlos Sauvignon Blanc with the French market in mind. Clearly, also the British market, as he is seeking UK representation.

Like the rest of us, wine producers need to make money. However, it can be a Catch-22. Making wines that are deemed acceptable to a wider variety of palates means tough competition with other wines made in a similar way, and a loss of distinction for a region’s wines – the very reason wine lovers buy them in the first place.

Producer José Maria Fraile, from Tandem, is keen to give this some perspective.

“People are going mad over indigenous grapes,” explained José. “But Cabernet and Merlot were planted here before phylloxera. They are in their natural place.”

His argument is that Navarra had strong historical links to France long before the vine disease wiped out many of Europe’s vineyards in the 19th century – including those in Spain.

Tandem is certainly adding its own stamp to the classic Bordeaux blend with its Macula 2004, a 60-40 split between Cabernet and Merlot. Unfined, unfiltered and “rested” in concrete tanks before oak maturation, this is a combination of smoke, tar, chocolate and dried blackcurrants with grippy tannins. It’s feels punchy on initial tasting, but José told me that Tandem’s reds – which are under screwcap – are designed to be kept open for at least a day to drink at their best.

I’ve just tried this on the 2005 Ars Nova (£12.76, Vinoteca), a Tempranillo, Cabernet and Merlot blend. On opening, it felt quite firm. Crunchy red and black fruit, soft red liquorice and coffee. The day after, it had mellowed. The crunchy fruit had turned into soft raspberry jam, balanced with good acidity, along with those flavours of coffee and liquorice. 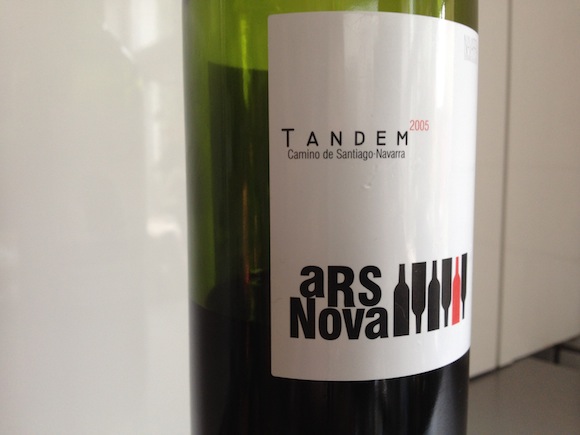 Tandem has just produced its first white, also made from an indigenous grape, Viura (also known as Macabeo). Inmacula 2011 combines brisk acidity with a gentle, creamy roundness achieved through stirring the wine on its lees for two months in French oak. Quite delicious. José suggested Tandem may change the grapes in the wine over time. I hope they don’t fiddle with it too much. (Imported by Novum – Hallgarten Druitt.)

The Best Of The Rest

Over at Ochoa, wines were more as I expected for the region. There was a clean, light, structured Calendos Rosado 2011 – a Garnacha/Tempranillo blend with a splash of Merlot (c. £7.49, City Beverage Co) ; a soft, brambly, perfumed Tempranillo Crianza 2009 with a little salted butter kick on the finish; and a freesia-scented Moscatel 2011 with a whopping 160 grams-per-litre of residual sugar, the stuff that remains after fermentation. (No stockist for the latter two yet, imported by PLB Group Ltd.)

Other wines that impressed:

* Altos de Inurrieta 2007, 50% of which is made from indigenous grape Graciano. Dark and intense, it had a dainty manner about it. Like a quarterback in ballet shoes. (Imported by C & D Wines Ltd.)

* Pago de Larrainzar 2006, primarily a Merlot/Cabernet blend, this has real power – the producers aren’t wrong when they say it has “a strong personality”. But it also has fragrant, juicy black cherries mixed with leather, cedar, almonds.  When some food was served, I tried this with some charcoal-grilled steak. Good match. (Imported by Georges Barbier.)

* Chivite’s Finca de Villatuerta 2008, a blend of Tempranillo and Merlot. Dark gravel mixed with bright fruit flavours, and that hint-of-butter finish. Elegant and seductive mouthfeel. (Imported by 10 International, no stockist yet – it’s a new wine.) 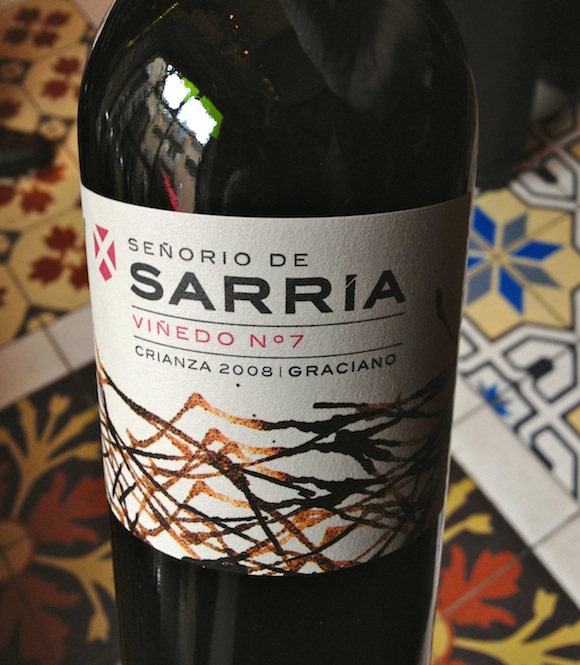 * Señorio de Sarría Viñedo No7 Graciano 2008 – the most unusual wine on show. Savoury and a bit feral, it smelt of barbecue smoke, fresh tarmac and dried cranberries. Without food, it tasted similar too. Then I tried it with some Serrano ham which brought the fruit more to the fore. This wine will not be to everyone’s taste, but for me, it was a winner. Retailing at around £9,  I would love to see how this develops over a few hours, or even days. (Available from Highbury Vintners and Noel Young Wines amongst others.)

I also liked Señorio de Sarría’s juicy, crushed raspberry and spicy Rosado – not as restrained as Ochoa’s but easy drinking and good for c.£7.50 – and the damson and coal Cabernet/Merlot Gran Reserva was tasty too.

So, an interesting mixed bag of styles at the Wines of Navarra tasting. But, for me, there was one style that stood out – those intense, structured and distrinctive red blends. Let’s hope they’re enough for Navarra to attract new consumers and step out of Rioja’s shadow.