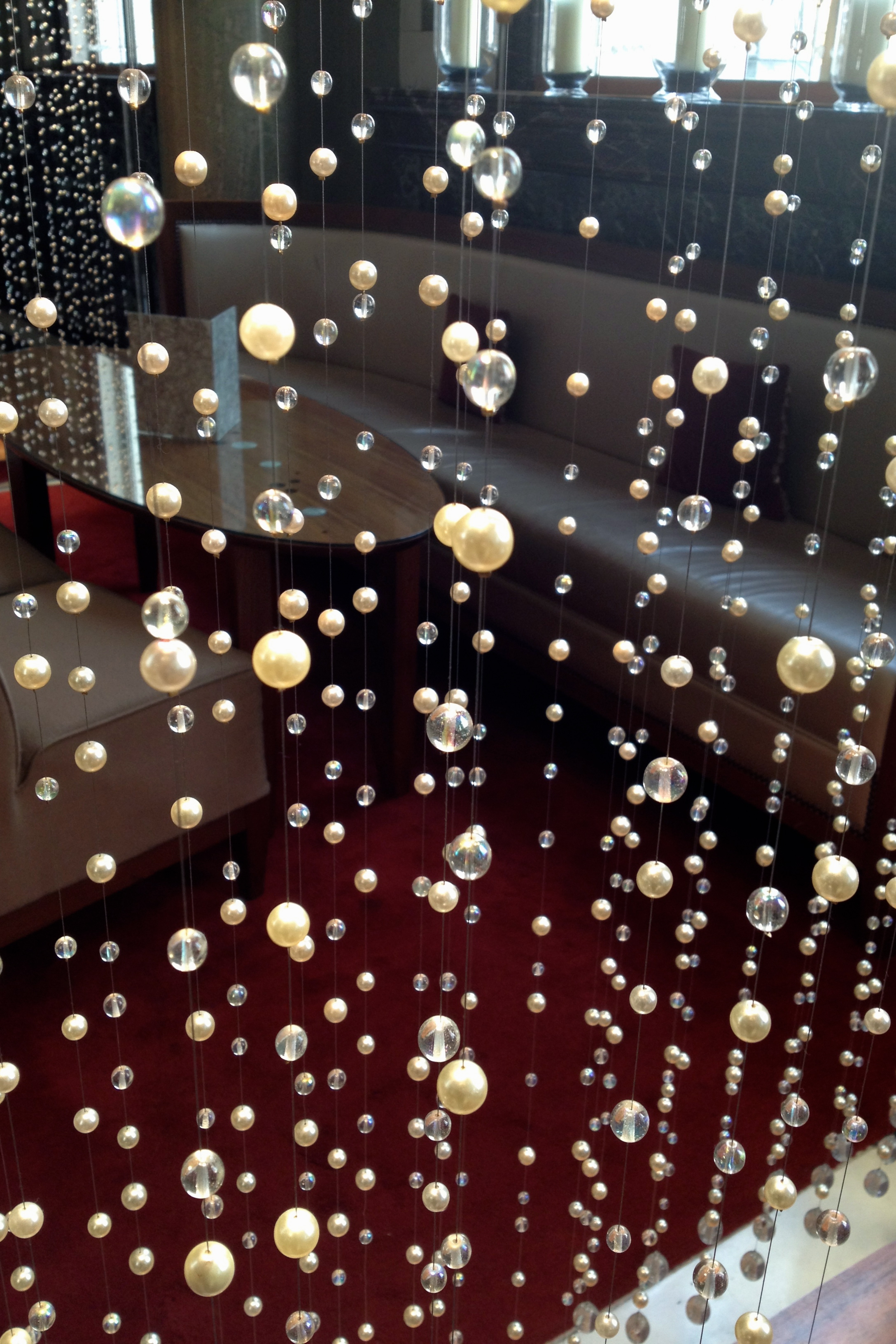 A short while back, I said I was a bit “meh” about Argentinian Malbec.

I wouldn’t kick it out of my house – but I wouldn’t have it as my desert island wine either. Powerful and intense, it would bore me to tears after a few days.

However, a little chink in my armour might have appeared, thanks to a lunch organised by CyT UK – Concha Y Toro’s UK arm – to promote Malbecs from its Argentinian brand Trivento.

Now, I know what you’re thinking. A free lunch at London’s Pearl restaurant equals a miraculous conversion. Not quite.

The chink appeared tasting three 2011 tank samples before we even sat down to lunch. Each sample came from a different vineyard in Luján de Cuyo in the region of Mendoza – considered the home of Agentinian Malbec as the first vines were planted here. 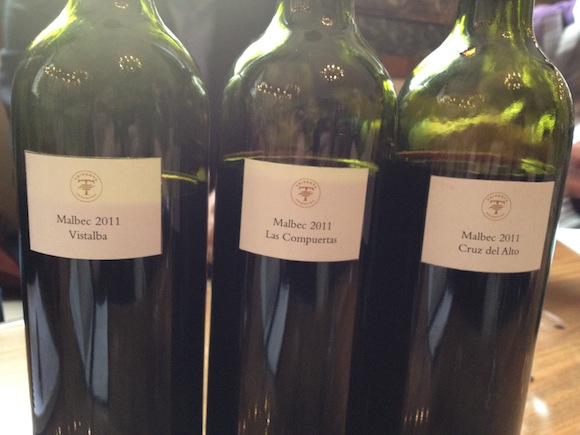 All of these samples were destined to be blended with other Malbecs – or even other varieties of grape – and possibly aged in barrels as well, according to the style of wine Trivento wanted to achieve. It has a few Malbecs in its portfolio.

The first sample came from 70-year-old vines in a vineyard in Vistalba, 100kms from the Mendoza River and the lowest lying area of the three. It was intense and smelt syrupy on the nose. Pretty much what I was expecting.

Then we moved onto a wine made from 90-year-old vines in Las Compuertas, next to the river. A stunning purple colour, it smelt fragrant and enticing, and felt weighty but not oppressive.

The final sample, Cruz de Alto, came from the youngest vines – 30-years old – and the highest altitude, 1,500 feet above sea level. A cooler region means higher acidity and this sample felt comparatively delicate to the other two. Almost Old World.

Tasting these three tank samples made me realise that underneath all the heavy make-up and fake tans I’ve experienced with many Malbecs from Argentina, there are probably some rather cute wines. 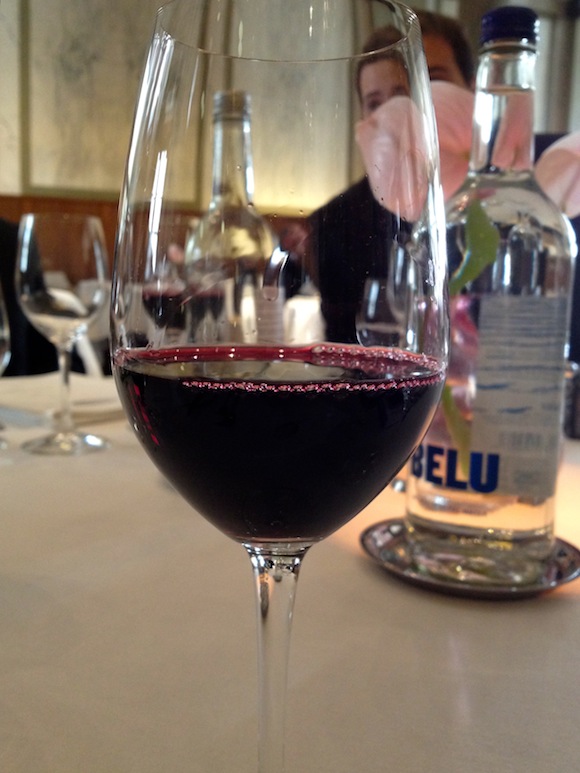 For lunch we tasted three of Trivento’s finished Malbecs. We kicked off with a polished, plummy Amado Sur 2009, Malbec blended with Syrah to give it a little spicy prickle and Bonarda, another widely-planted grape in Argentina. It was originally developed for the US market, but is now exported to other countries.

“The most important part is Malbec, for its intensity and sweet tannins” explained Francisco Bragoni, from Trivento.

“We add Syrah for a spicy touch. Bonarda is quite similar to Malbec, but it is more astringent. We are looking for balance.”

It’s that “astringency” – or acidic lift – which probably prevented this wine from clashing with the first course, a veal Niçoise salad, which included a couple of anchovies in vinegar. It was way too heavy for this dish – then we were eating food off the regular menu, not plates prepared especially to go with the wine. 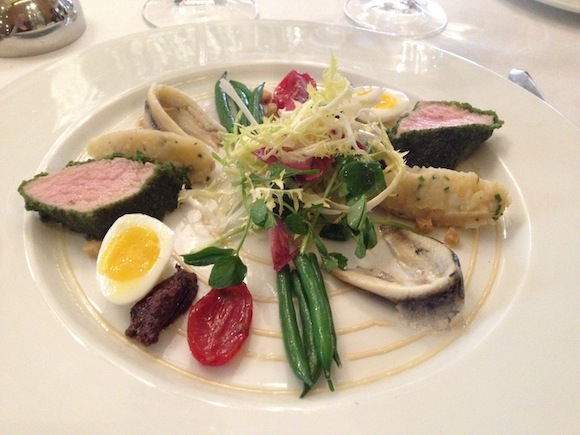 It was no surprise, therefore, when the sommeliers around the table said they wouldn’t have matched the two – they’d have chosen a white. But they declared it perfectly pleasant for an entry-level Malbec,that would be listed at around £35 on a restaurant menu.

Next came the Golden Reserve 2009 – which is a step up from the previous wine in terms of price and quality. It is 100% Malbec, but blended from varietals made from grapes grown in different regions. All have been aged before being blended. The result: some complexity along with the sweet, soft tannins and intense plum fruit – very dark chocolate, coffee and leather. And maybe a hint of cuteness. You’ll pay around £15 online and maybe £45 in a restaurant. 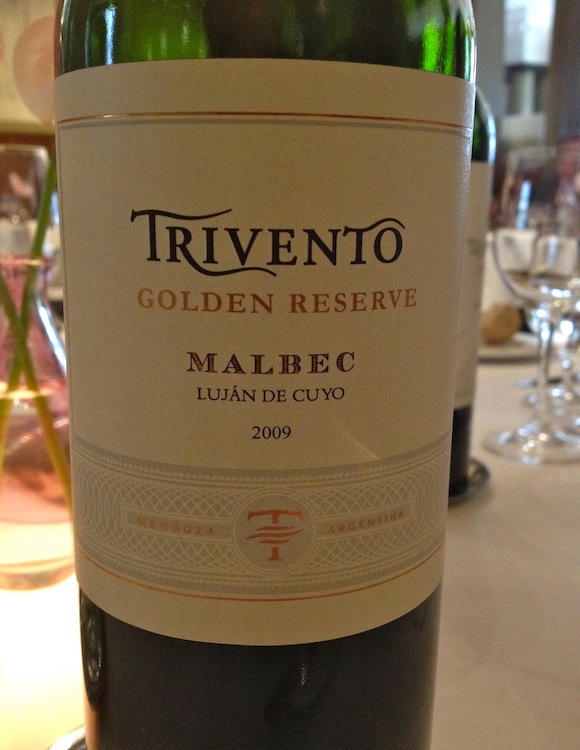 The Golden Reserve felt good value compared with the final Malbec, for which you’d pay at least double.

The Eolo is Trivento’s top-of-the-range Malbec, the one made for laying down and treasuring.

Less than 5,000 bottles of this are made each year, from 100-year-old vines. Lots of care and attention is given to this wine (handpicking the grapes, fermenting them in small tanks) hence the cost.

The 2006 – with its cheeky splash of Syrah – did feel a lot more elegant and structured than the Golden Reserve , with an alluring soft liquorice and crushed black cherry nose. Unfortunately, it was too young to really be enjoyed – its oak stood around the flavours like an over-protective cloak.

As a result, it didn’t quite gel with the slow-cooked lamb with foie gras mousse and spring vegetables. The Golden Reserva was the better choice at this moment in time.

We didn’t have Malbec with the dessert – a mandarin mousse with white chocolate ice cream. We had a Trivento’s Brisa de Otoño 2011 – a lightly tropical Sauvignon/Viognier blend. A rather perfect match. 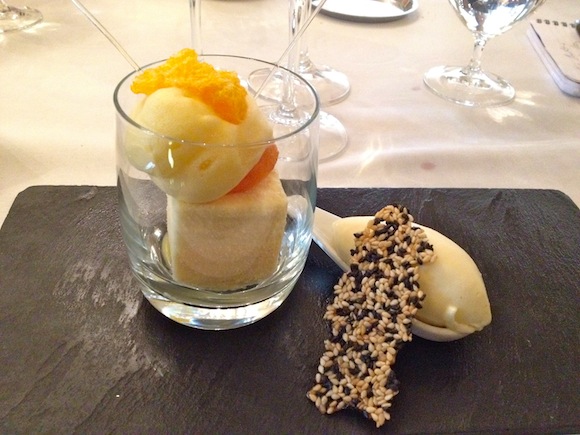 Did I leave the lunch wanting to be alone with these Malbecs on my desert island? Not really. There are still others ahead of the queue.

But I’d happily serve and sip them on the deck of my private yacht. Just so you know.

One thought on “Malbec And Me – The Return”