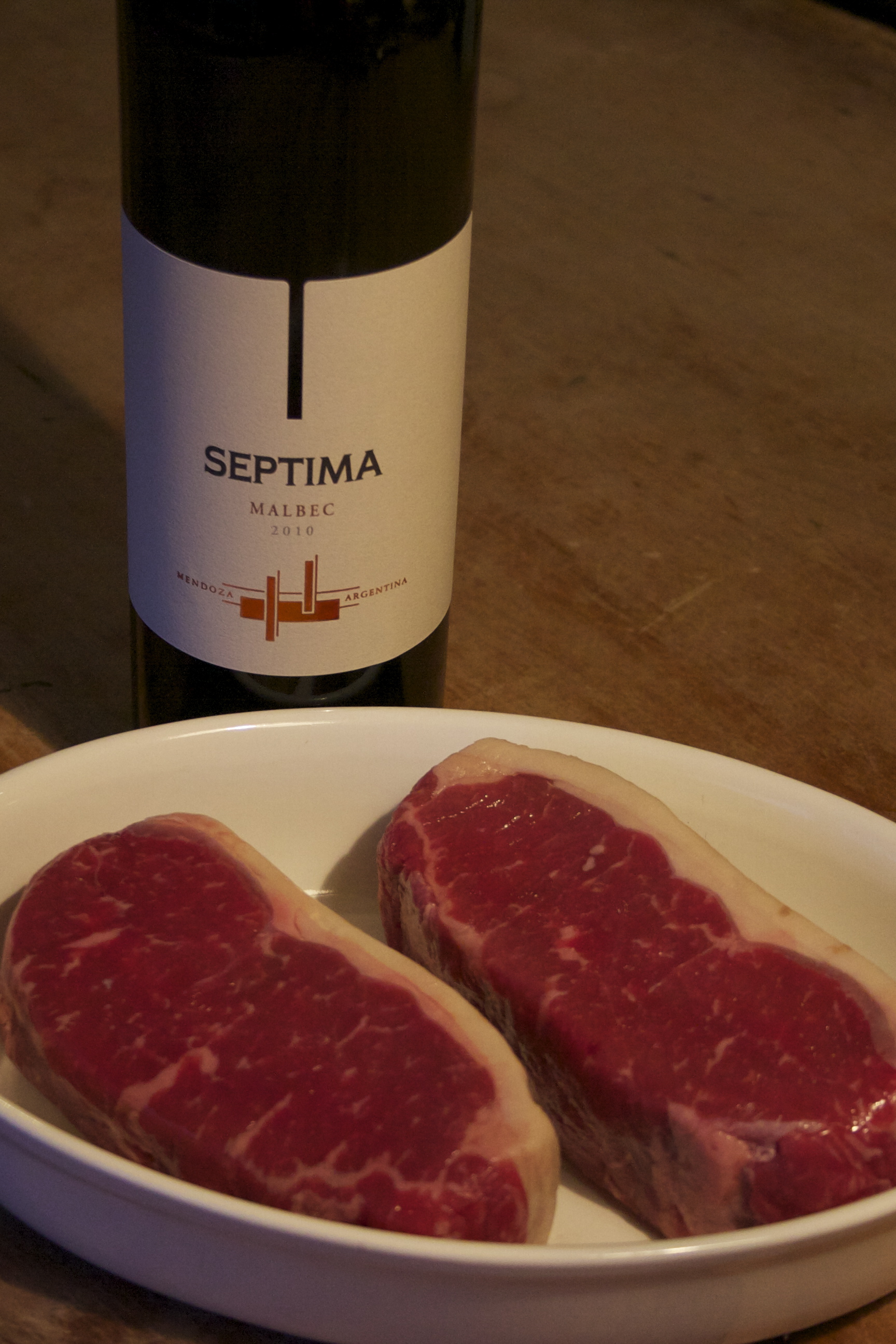 I don’t believe in detoxing. There I’ve said it. Unless your religion dictates it, what’s the point of giving up something for a month, only to go back to business as usual at the end of it? Especially when it is cold, dark and miserable outside.

So, while magazines are full of soups, salads and “light food”, I’m going to buck the trend and write about Kinky Friedman-style big, hairy steaks matched with ballsy red wine. Argentinian Malbec to be precise.

It’s fair to say I’ve always been a little bit “meh” about how the South Americans treat this grape. I’ve had plenty of pleasant Malbecs, don’t get me wrong – but nothing yet has really rocked my world, even at the higher end.

That said, at the lower price range, they’re one of my default wines when I eat out with friends, where we don’t want to spend too much and can’t see anything else suitable on the list. I always know what I am going to get. Something big, dark, smooth and reliable. Ditto if I want something simple and easy to drink with a hearty winter stew. These Malbecs tend to be unchallenging, uniform and formulaic.

Which is a good thing or a bad thing depending on your viewpoint – and how much you expect a wine just under £8 (retail) to deliver. For a Malbec, if you take off duty and tax, plus marketing, bottling and shipping costs and you’re probably paying around £3 for the wine itself, and the labour that went into making it. About the same as a lunchtime sandwich. 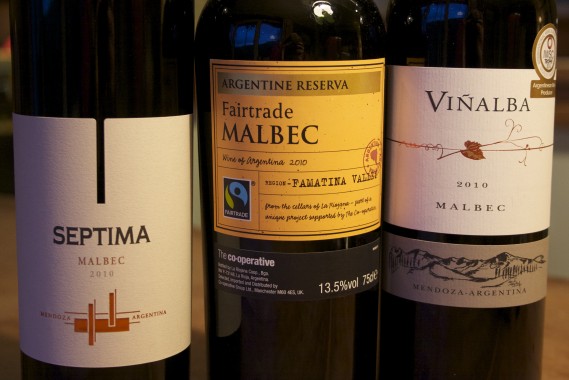 When Grupo Codorníu offered me a bottle of Septima Malbec 2010 to review, along with two doorstop-sized Argentinean steaks, I thought I’d put a handful of Malbecs to the test in roughly the same price range . As I was in a gale-lashed Cornwall at the time, my choices were limited to a Co-op Fairtrade Malbec Argentine Reserva 2010 and Viñalba Malbec 2010, also bought at the Co-op.

Not Quite as Planned

Unfortunately, this particular bottle of Viñalba was faulty (I’ve had one before which was fine). It smelt of fish food and had a lit match taste  – which can be a by-product of too much sulphur dioxide, which is commonly used in winemaking. We poured some of the Malbec away and stuck the cork back into the bottle. The next day it was quite drinkable – simple, solid flavours of plums and cocoa, and no oak. Sadly, it was too late for the steak. At £6.49, it’s decent.

Next came the Co-op’s own label Fairtrade Malbec Argentine Reserva 2010 for £7.49. It had an intense red cherry and crystallised violet taste with an odd, dried apricot finish. It just lacked depth, but was ok with the steak. What was interesting about this Malbec (and others in the range) was the honesty in which it listed all the ingredients of the wine in the back.  A great eye opener to those who believe you shouldn’t pay very much for a wine – but would baulk at buying processed food. Oak chips and added tannins anyone? 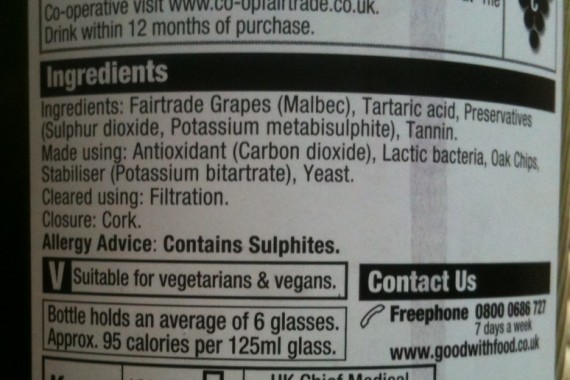 Finally, the Septima Malbec (£7.49 Wine Rack). A weighty beast with a meaty, jammy smell, I was surprised – and pleased – at the amount of acidity I could feel, and the green, stalky edge which gave another dimension to the dark cherry, boot polish and oak-induced spiciness. It stood up well to the juicy steaks, the protein in the meat making the wine taste more of summer fruits.

The steaks themselves were butter-soft, and almost fell apart on knife contact . However, while the texture was fabulous, they didn’t have heaps of flavour. 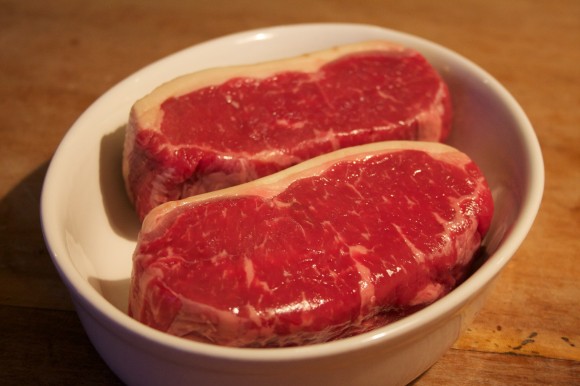 I regretted not having to hand a bottle of The Wine Society’s Argentine Malbec (£6.50) which is still full-bodied but doesn’t feel too weighty and has sharp, prominent flavours of black fruits. Also the 2011 Finca Los Primos Malbec (approx £8.99 from various independent retailers) with similar focused fruit.

As it was, the Septima Malbec won this tiny, highly unscientific, not very successful taste-off. And for the moment, I’m still a bit “meh” about most Argentinian Malbec. Unless it is with a hairy steak.

4 thoughts on “Malbec and Me”