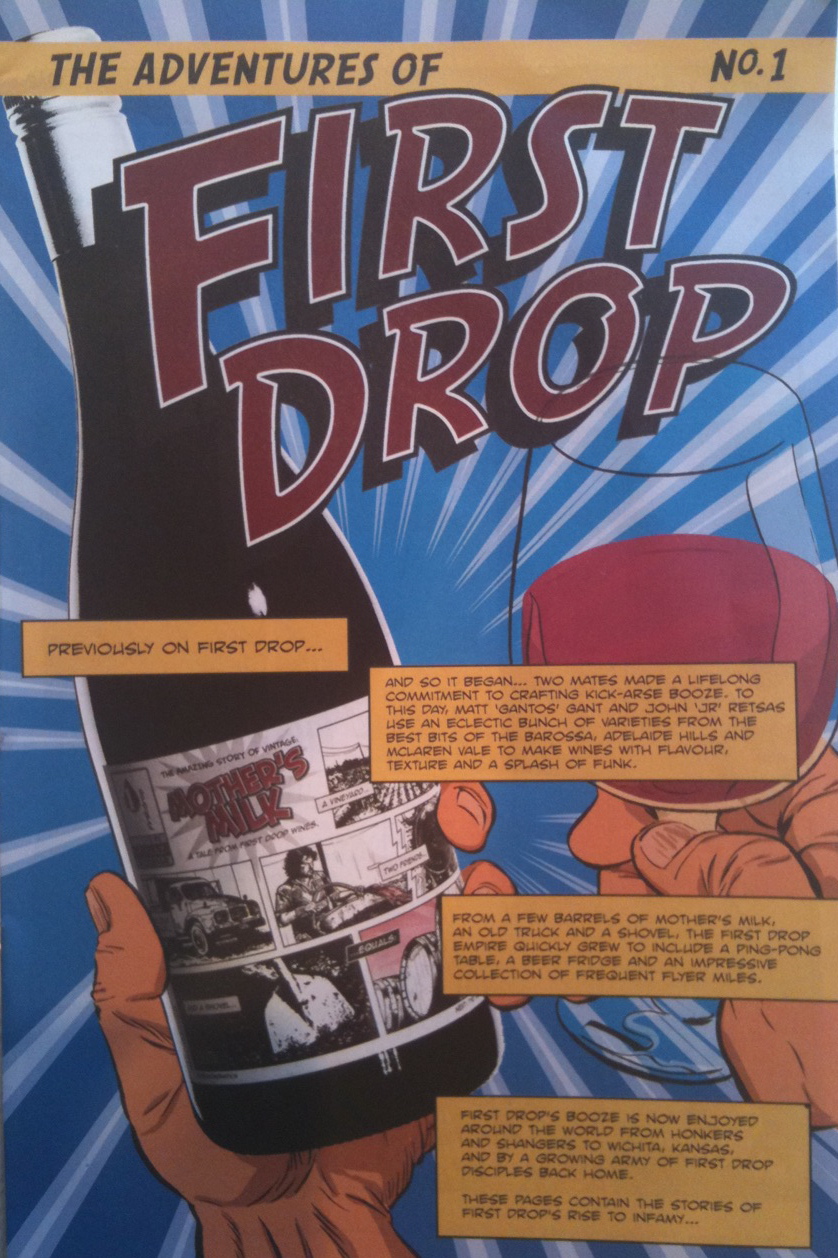 Some of my most memorable wine experiences have been Australian. The first wine that made me think ‘wow’ was a Jim Jim Hanging Rock Sauvignon Blanc at Mietta’s in Melbourne 16 years ago. A year on there was the Cullen Chardonnay served at our favourite restaurant in London. I liked it so much, I bought the last remaining bottles of that vintage from the distributor. Roll on further, to last year, and there was the Lenton Brae Cabernet Sauvignon 2005 the sommelier at Otto’s in Sydney recommended when we said we wanted something “really nice”. It was. 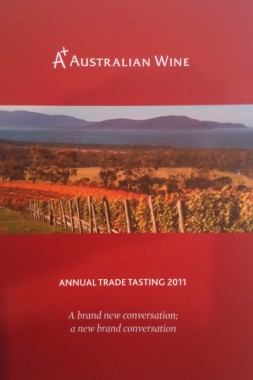 But something happened to Australian wines between the first two experiences and the last.

In the UK in the late 90s, exciting new regions and experimental blends – the stuff I was trying in Australia – hit the supermarket shelves. Such fun! And then it all changed. A tidal wave of uniformity swept all that diversity away and the mega brands took over. Their commitment to quality and value was producing low-cost, fruity crowd-pleasers that tasted the same year in year out. It all got very dull darling.

The good news is that Wine Australia, the body which promotes the industry, is trying to re-kindle excitement  and buzz among UK consumers by showing that there is a world beyond heavily-oaked Chardonnay and overpowering Shiraz. Their campaign, A+ Australian Wine, focuses on the people making the wine and the regions where the wine is made. The goal is to demonstrate to the consumer that there is a smogasbord of different styles and to start having conversations with these consumers using social media to help their influence choices.

There was plenty of opportunity to re-educate jaded palates at the buzzing and well-organised A+ Australian Wine Annual Trade Tasting in London.

While it was dominated by the classic Australian grapes, there were some interesting wines made from Italian and Spanish grapes such as Nebbiolo, Sangiovese and Tempranillo. I was glad to see a smattering of Marsanne, Verdelho and Viogner too. There were masterclasses on Pinot Noir, Riesling and terroir. And there were some great feature tasting tables, where I spent an extraordinary amount of time. 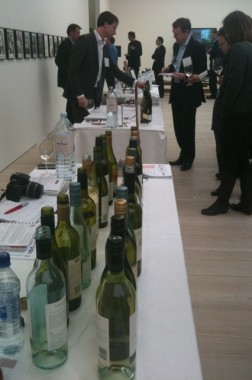 blend. Some were fresh and zesty; some were clearly made for ageing; a couple had no spark; and one was downright odd. Unfortunately, few were memorable but I did like the Vasse Felix 2009 and Xanadu 2010 – recommended retail price (RRP) for both is £10.

I did the same with 12 Chardonnays from Victoria, one of Australia’s cooler regions. In the main, lots of nicely made butter-and-stonefruit wines, with some deft oaking. But the Yabby Lake 2008 from Mornington Peninsula stood out with its creamy freshness. It was at the pricier end (RRP £25), but worth forking out for.

At the First Families Of Wine table (with more than 1200 years of winemaking between them) I enjoyed the waxy, citrus McWilliam’s Lovedale Semillon 2005 from the Hunter Valley – RRP £17.99 (I also liked the fractionally cheaper De Bortoli Murphy’s Vineyard Semillon 2004 elsewhere at the tasting). I was also captivated by the plum, tar and marzipan combo of the Howard Park Abecrombie Cabernet Sauvignon 2008 from Western Australia (RRP £40).

Then there was the Shiraz. Twenty-five bottles of award winning wine from different regions. I selected one or two from each region – including a chocolate, plummy ones from Hunter Valley, a blackcurrant and perfumed one from the Grampians in Victoria, and one from Margaret River whose lovely fragrance was soon drowned by the smell of alcohol.  They were all BIG.

So, after a break, I went back and tackled Barossa. I thought the “blockbuster” 2007 Schild Estate Ben Schild Reserve Shiraz with its complex blend of tea, mint and plums flavours was the best, even though on a personal level I find this style just too much. I wasn’t alone. I overheard a conversation about how some of these were “overdone”. However, in the 30 or so I tasted at the event, there were couple that I really liked, on the Liberty Wines table. The Clonakilla Shiraz/Viognier 2009 from Canberra District – positively seductive in comparison (the hefty price tag less so) and the nicely-weighted Greenstone Heathcote Shiraz 2007 (RRP £16.99).

I left the A+ Tasting thinking five things:

1. How will this campaign trickle down to the supermarket value wine shopper?

2. Aussie Shiraz still has a way to go to convince consumers like me that there are different wine styles other than the Robert Parker point-chasing fruit-bombs (but if you like them, then you are spoilt for choice)

3. There were some pretty weighty prices for some very good but not thrilling wines

4. I really do like aged Hunter Valley Semillon and hope this means more of this great wine becomes available in the UK

5. I should’ve swung by Grosset wines.

One thought on “A Little More Conversation”