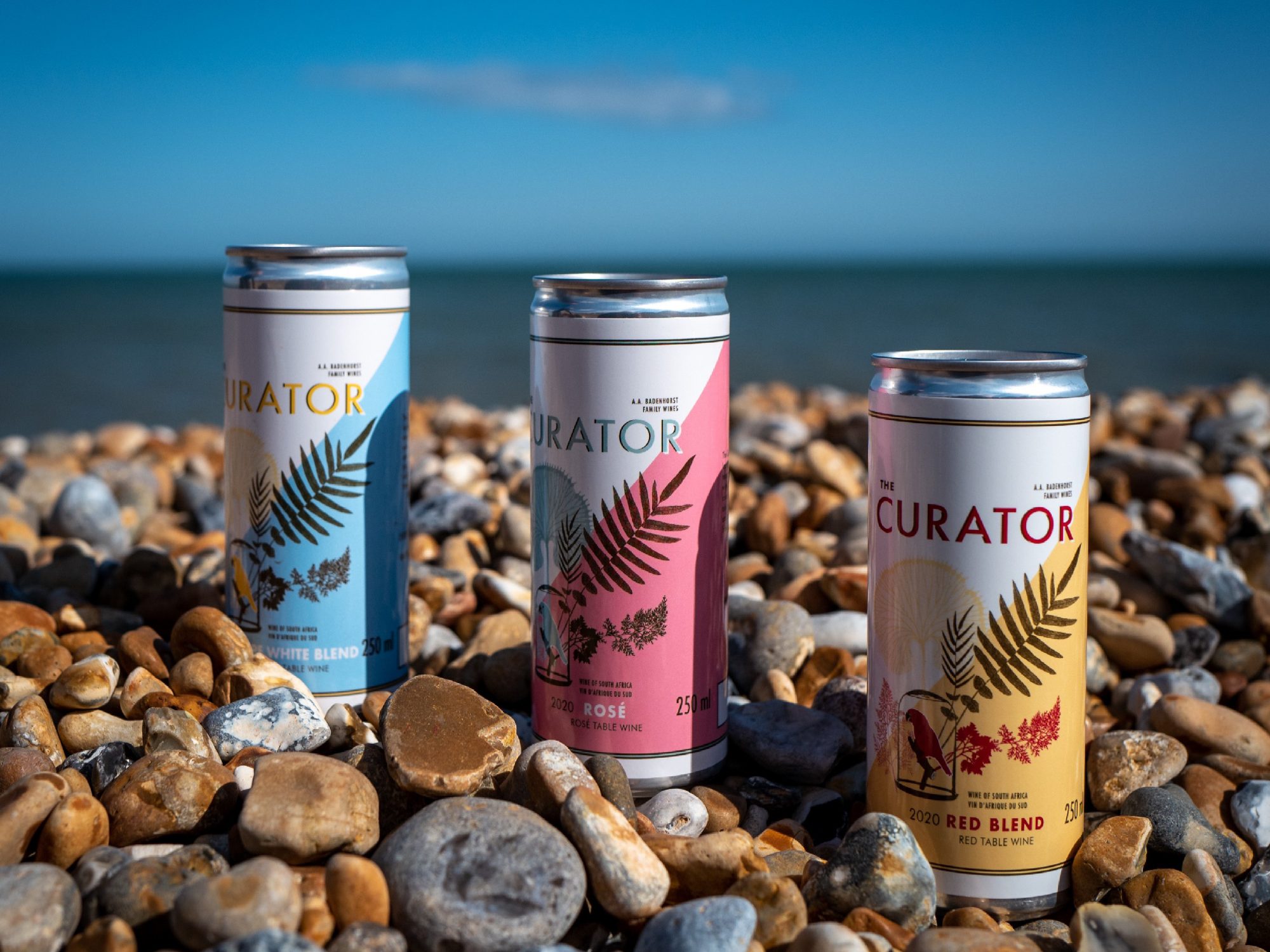 I’d agreed to join an online tasting of canned wine, but was surprised to receive an instruction beforehand asking me to decant the wines into glasses rather than drinking straight from the can. “We also recommend opening the cans ahead of the session to help aerate the wine,” said the email.  Hang on, isn’t the whole point of this format to drink it straight from the can? A vinous grab-and-go?

Apparently not, says Guy Palmer-Brown from Kiss of Wine. He sees their 250ml cans of wine as a great way for people to explore different grapes. “Smaller formats and discovery are unique parts of being wine in a can,”  he said on the call, explaining their focus on having a broad range of varietal cans (no blends). They have plans to have more of an “educational pull” on Kiss of Wine’s website.

Kiss of Wine likes to talk about working with independent winemakers – presumably to distance themselves from the bulk-produced cans of wine in supermarkets. Which is why the Valencian winemaker behind the two cans we were sent, Rodolfo Valiente, was on hand to talk about his Tempranillo and Garnacha. The sustainability of the format is important, but getting people into drinking good wine is the key driver.

A Tale of Two Canned Reds

This wasn’t my first time of trying Kiss of Wines. I’d got a slew of cans as samples from different producers over the summer. While the Kiss of Wine whites I was sent were not the worst by any stretch, I found the Sauvignon and Chardonnay a bit harsh – though the Riesling was decent. However, I’d tried them straight from the can, sitting on a beach. Pouring them into a glass might have changed things.

For this tasting, I tried the reds straight from the can as reference, before tipping into a glass. The Tempranillo seemed quite grippy, and – on first pour – had a whiff of plasticine.  It really did need air to reveal its supple juiciness. Reduction is, says Guy, a problem with wine in cans, hence the instruction to aerate. The Garnacha fared better and tasted quite good from the can, though exposing it to oxygen revealed a charming floral note. It thumped in at 15% (the Tempranillo 14.5%), but it didn’t feel spirity or unbalanced. A good job on both counts.

At the end of the session, I asked when canned wines were going to take off in the UK. Of course, I knew the answer would be that they had already (a recent article in City AM said the UK canned wine industry is worth more than £3.5 million and has grown 125% over the last two summers).

In my experience as an independent wine retailer, it feels a lot more sluggish. Talking to pals in the industry, I am not alone.

Two summers ago, I tried with IGO organic canned rosé, and ended up discounting heavily to shift the cans. Last year, had another go with AA Badenhorst’s Curator range of red, white and rosé –  still some of the best I’ve tasted to date for the price (around £4 on the shelf). We sell a lot of Badenhorst’s wines in bottle, and by-the-glass from kegs. Summer 2021 was pretty dismal though, so fewer picnics. There were also fewer festivals due to Covid restrictions. And our younger customers – the crucial demographic for this format – just weren’t that into cans.

The issue remains: a lot of people just can’t get their heads around wine from a can. It feels cheap. I pitched the Badenhorst cans to one of our wholesale customers (in his 30s) who runs an independent cinema bar  – the perfect pour to see you through a film. I was not successful. Plus the format, while being portable, is deceptive on the eye. It just doesn’t look like third of a bottle.

So, I am changing tack. I’ve started putting cans next to the half bottles for the growing number of customers who want to drink less in the week, or whose partner can’t drink, or who live alone. As the quality improves – and people get to try them from a glass – I’m confident the barriers will start to crumble.

As chef Tommy Banks told iNews, launching his £7-a-can wines: “There are so many reasons for selling good wine in cans. Tin is closed-loop recycling and there’s less of a carbon footprint. It’s easier to store and ship.

“And then from a consumer perspective, I like a glass of wine in the evening but I don’t always want a whole bottle. It’s nice to invest in something a little more special with dinner, and spend more on a good glass of wine from a small-batch winemaker, rather than the same amount on the same old stuff. I’m not telling people to drink less – it’s more about branching out.”