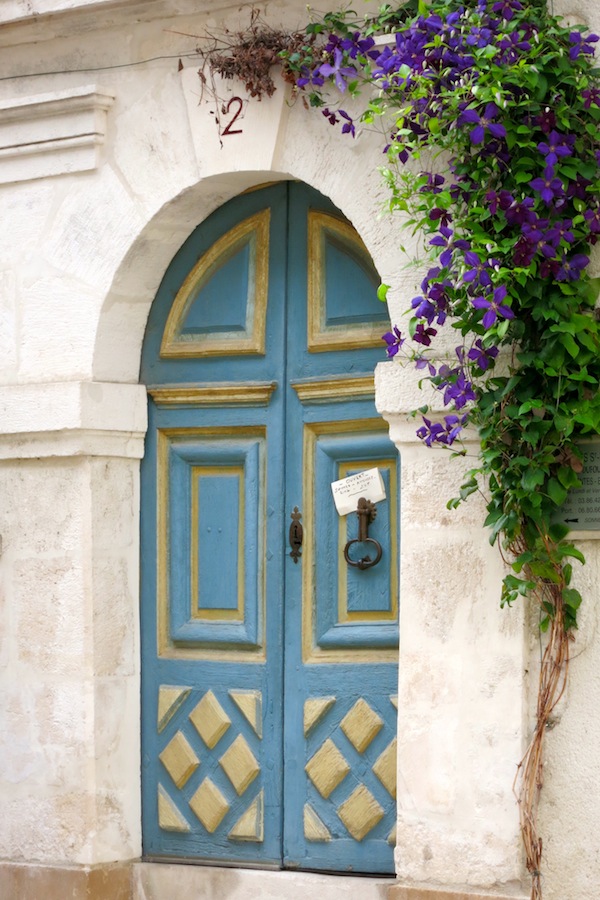 You’ve got to hand it to Chablis. A name even those who claim to know nothing about wine can trot out when asked what they like.

But with this brand familiarity comes a huge amount of ignorance. I’m not talking about people who say they hate Chardonnay but love Chablis.

I’m talking about me.

Before my recent visit to Chablis, about the only thing I really knew was the grape, location and soil. The taste? Lean and steely, of course. The rather lush one I stock in my shop had to be an anomaly.

Now, after tasting my way though 100+  Chablis over three days, I may not be a Jedi Master, but I can now feel the force.

Here’s how you can too…

1. Chablis is not just one style. There’s lean and steely, of course. But there’s also fleshy, floral, flinty, smoky, herbal, honeyed, powerful. Over lunch at Jean Durup Père et Fils, Jean-Paul Durup talks about 14 different styles of Chablis and how for every wine lover “there is one that you will appreciate.”

Much of this diversity has to do with where in Chablis the grapes come from, but also decisions by the winemakers such as when to pick the grapes and how the wine will be matured (and how mature it is when you drink it). For example, Domaine Jean Dauvissat Père e Fils choose to pick their grapes later than some others. Their Chablis 2012 feels round and fruity as a result. And they put their Premier Cru L’Homme Mort in oak because, as Fabien Dauvissat explains on our visit, clients wanted an oaked Chablis and he felt wine from this climat could handle it.

2. Ah, climat. It’s a Burgundy thing. In essence, these are single vineyard sites, each with a specific combination of geology and climate that winemakers believe translate into a particular style of Chablis. There are 47 climats in Chablis  – 40 have Premier Cru status and seven have Grand Cru. If you want to memorise Chablis Premier Cru, knock yourself out here . However,  if you can talk about the flinty precision of Montée de Tonnerre, the diversity of Fourchaume and the richness of Mont de Milieu, you’ll sound like you might know a thing or two. Chuck in L’Homme Mort for novelty factor (FYI some of the best wines we tasted came from this climat).

As for Chablis Grand Cru, Les Clos and Les Preuses are good ones to name check when talking about ageing potential. And Les Grenouilles because the wines from here are approachable from a younger age than some of the other esteemed climats. And, you know, calling a one of the most revered vineyards in the region “The Frogs” is quite funny. Isn’t it?

3. Chablis has four levels of wine: Petit Chablis, Chablis (ie village-level Chablis), Chablis Premier Cru and Chablis Grand Cru. The rest of Burgundy only has three. “Chablis is a little island in Burgundy,” says Xavier Ritton of La Chablisienne,  a wine cooperative of 23 families. Not everyone sees the point of having Petit Chablis AND village-level Chablis. One of our party, originally from France, is quite clear on his disdain for the former. I can’t say any stood out during our trip. But then why would they when we were tasting Premier and Grand Cru as well?

4. Only Chardonnay grown on a slope containing the hallowed Kimmerdigian soil (limestone containing fossils of small oysters) can be called Chablis. Otherwise, it’s just good old Chardonnay. The exception is Petit Chablis, which comes from vines growing in Portlandian soil mainly on the plateaux of the slopes in Chablis. At the beginning of the trip, we stand looking at the Grand Cru slope. There’s a copse of trees and above that, vines of grapes for Petit Chablis. The juxtaposition between highest and lowest levels of Chablis is startling.

5. Plain old Chablis may never rise to the magnificence of a Grand Cru, like the succulent, slightly savoury Valmur 2010 we taste at Domaine Vocoret et Fils. But you can find some pretty decent wine in this category.

Chablis AC covers 20 villages and hamlets along the Serein valley on slopes exposed to the north and east. Two we taste – La Chablisienne’s fleshy Les Vénérables Vielle Vignes 2010 and Durup’s chiselled, peppery La Marche de Roi 2013 – show how village-level Chablis can be impressive in different ways. How can you tell the good from the ordinary? Firstly, don’t buy on price alone. Mug up on your producers. And (you guessed it) seek the advice of an independent wine merchant…

6. There’s a left bank and a right bank. All the Chablis Grand Cru are on one south west-facing slope on the right bank of the Serein river. Slopes matter. Not just the direction but the elevation. The Bourgogne Wine Board (BIVB) give us a handy relief map to try to put the climats and elevations into context.

7. Organic and biodynamic viticulture doesn’t appear to be widely practiced in Chablis. Apparently, things are changing, though we get shoulder shrugs from some producers when we ask. At La Chablisienne, we spot two bottles with the word “bio” written on them – the French term for organic produce. And Fabien Dauvissant, one of the new generation of winemakers in Chablis, talks about sustainability and limited intervention.  Most vineyards are harvested by machine, not by hand, even parts of the Grand Cru climats. If this if for economic reasons, I’d hate to think how much some of the wines would cost if they were handpicked.

8. Chablis is one of the most food-versatile wines known to man. How do I know? Because finally, I found a great match for stinky, highly-flavoured Epoisses cheese. Young, fleshy rounder styles worked best. According to Jean-Paul Durup, his ripe, fruity Château de Maligny Chablis Vielles Vignes 2013 is “good with foie gras” and Chinese food. It’s also rather good with huge slabs of country paté, rilletes and blue cheese, as we discover during lunch in the modest grandeur of the dining hall at the actual Château de Maligny.

9.  You can find sparkling wine being produced in Chablis. While once it bore the name of Chablis Mousseaux, this is now strictly interdit (not even the 100% Chardonnay one). Simonnet-Febvre may now make all their Crémant de Bourgogne in a new winery outside town. But they mature and disgorge it slap bang on the centre. We have fun with the old-style riddling machines and watch some bottles being disgorged. After all that Chablis, tasting sparkling wines is VERY welcome.

10. You can never eat too many gougères, those heavenly cheesy puffs that appear everywhere during our trip…

There’s lots I’ve left out of course. But I did leave with a copy of Rosemary George’s book The Wines of Chablis And The Grand Auxerrois. She points out that many of us are exposed to Chablis when it is going through a”sulky adolescent phase” when it is 18 months to two years old “just when it can seem inharmonious, awkward and closed.” With a few years bottle age “it will more than amply reward your patience”.

Now I know where I’ve been going wrong all this time.

With the right producer and the right amount of time, Chablis rocks.