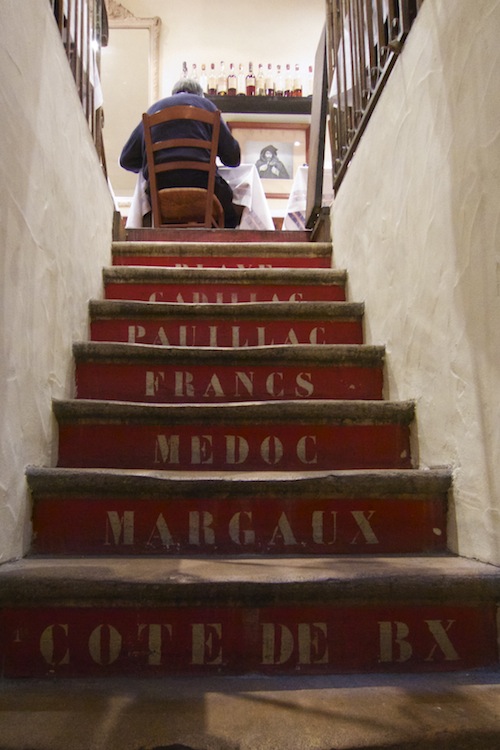 The grey door to my hotel room didn’t have a number. Instead, a smear of orange paint. But that wasn’t the end to its quirkiness. Inside the vast, stylishly-furnished room was a table filled with figurines of scantily-clad ladies. Pictures on the wall were arty shots of women’s nether regions. And if you looked closely at the print on the headboard, oh my! The face of a woman having um, a good time. 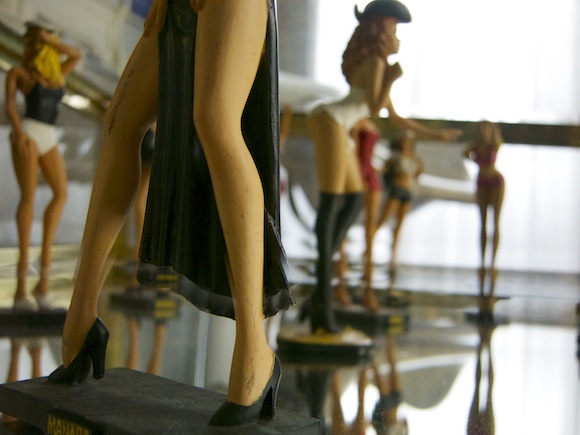 The former house of an 18th century grocer, it – and the shop/cafe downstairs (Au Comestible) – are owned by Jean-Pierre Xiradakis. Over the decades, starting with his restaurant La Tupina, he has bought up properties in what used to be a run down area. He now also runs a fish restaurant, wine bar and cafe in the same street. Bordeaux’s answer to Rick Stein, perhaps. 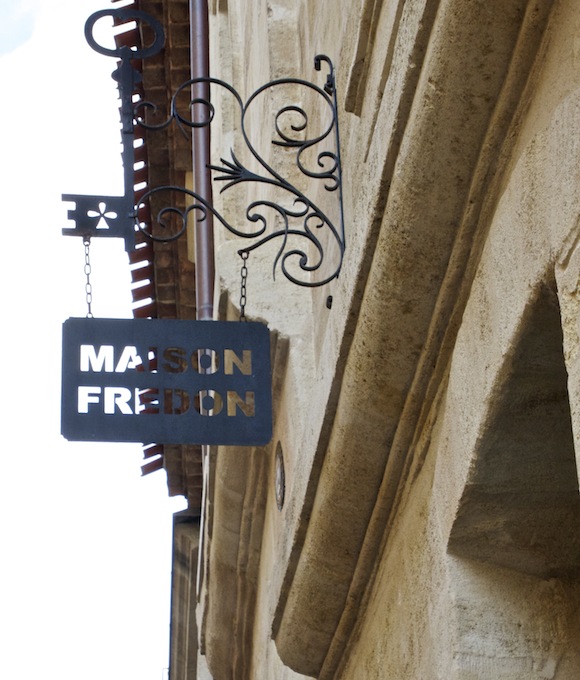 Maison Fredon has no reception desk. You nip over the road to La Tupina for your key and your code into the house. A guest living room, five individually-designed bedrooms – and that’s it. The only downside to my room was it was directly above Au Comestible and sound did travel. But earplugs sorted that out. I loved it. 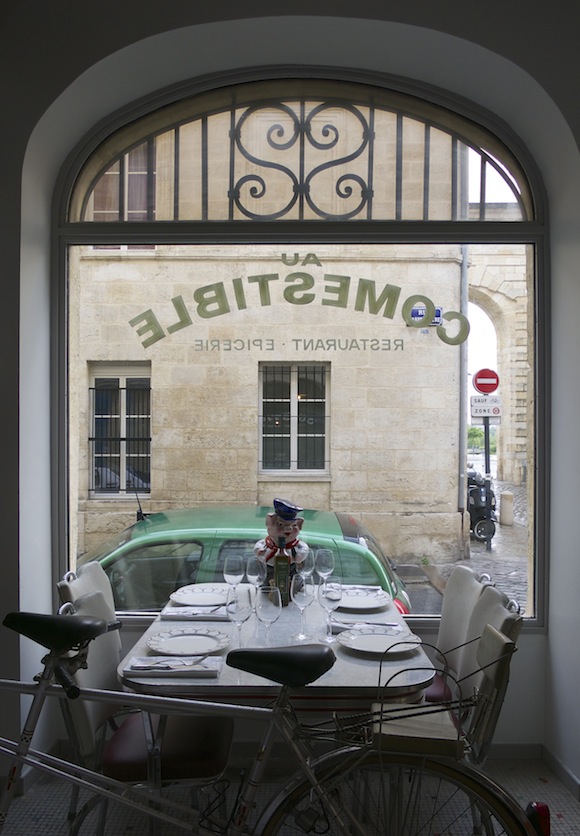 Jean-Pierre’s role in my trip to Bordeaux was to show us the city he knows. It’s not about faine waines. Rather flea markets, historic corners and, as a restaurateur, spankingly fresh produce from the local food market. 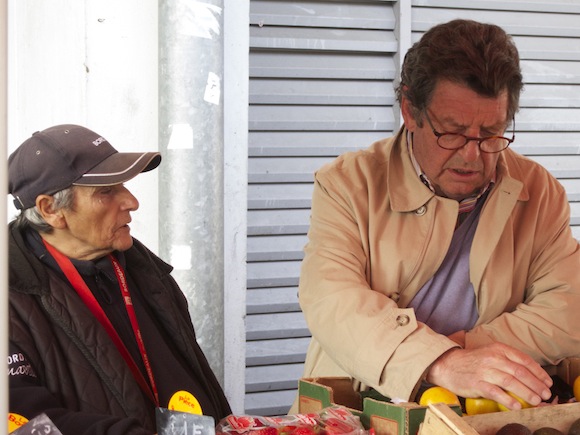 Wine was involved, naturellement. That’s why I was in Bordeaux. Wine consultant Olivier Dauga wanted to show there was more to Bordeaux than fancy châteaux and classed growths, and that the city itself was becoming more (in Olivier’s word) “dynamic”. Not having been to Bordeaux before, I had a mental image of a pervading air of pomposity. Maybe there once was. Maybe there still is, in certain places.

But this isn’t what I experienced. First there was the indoor beach at Le Rince Doigts, Place du Palais à Bordeaux. 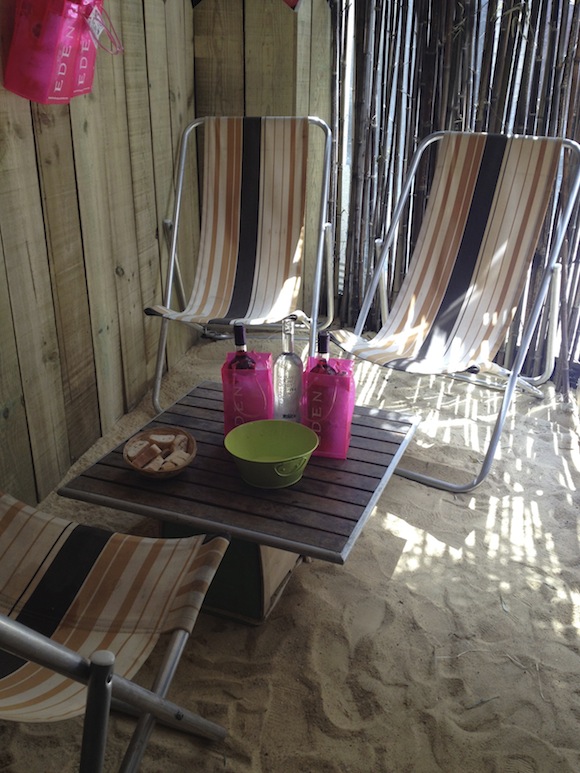 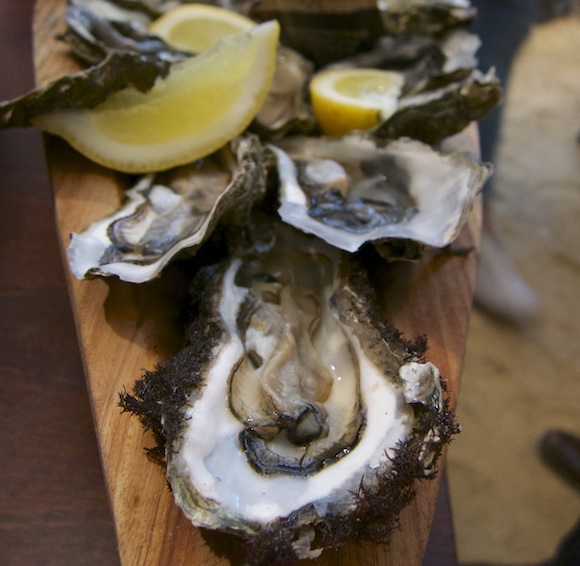 Then there was La C.U.V., an independent wine shop in Place du Maucaillou, which wouldn’t look out of place in London’s Hackney with its eclectic selection and casual, inclusive attitude.  Owner Lénaïc Tevelle told me he prefers “authentic” wines (natural, artisan, organic, biodynamic etc) and the philosophy of the shop is “a good wine is a good wine, whatever region it comes from.” It does seem there is still some convincing to do on New World wines though. I spy an Elephant Hill Pinot Noir from Hawke’s Bay in New Zealand. It’s a hard sell, apparently.

There’s an equally diverse selection over at La Ligne Rouge by la Porte Cailhau, one of the historic entrances into the city. 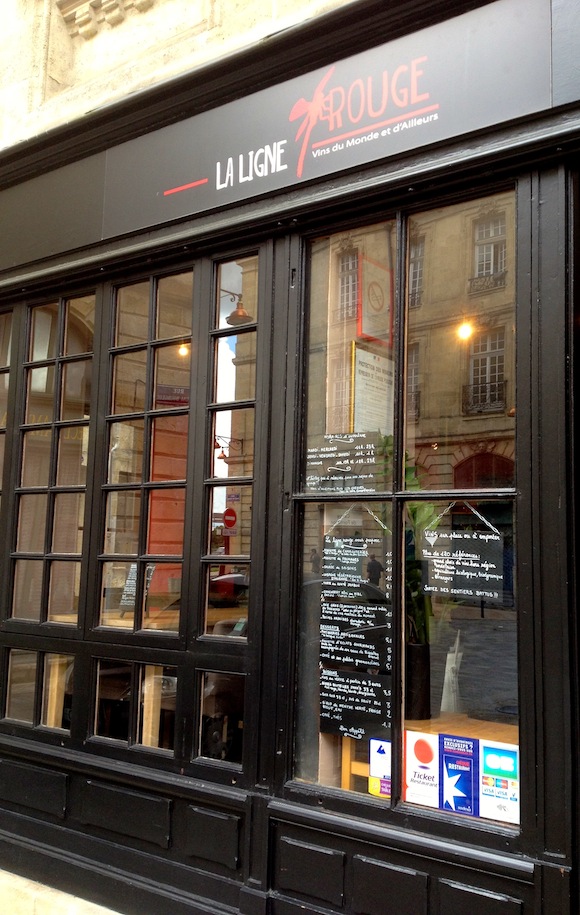 Only eight of the 130 different wines at La Ligne Rouge come from Bordeaux, which is especially interesting as owner Gwendal Jurgan used to make wine in the region. He now offers 12 different “world wines and beyond” (sic) by the glass, everyday. He wants to change the “pedagogy” of wine to shake up people’s perceptions: a white wine made from red grapes, comparing a Syrah from France with one from the New World, declassified wines and so on.

“Wine is a pretext for change,” explained Olivier afterwards. “It’s a good excuse to get people over and show the change.” In other words, wine may be the initial reason for people to visit Bordeaux, but they’ll discover a whole lot more when they’re there.

Like Fromagerie Deruelle in Rue du Pas-Saint-Georges, where we go to taste some wines (made by Olivier’s clients) with cheese. 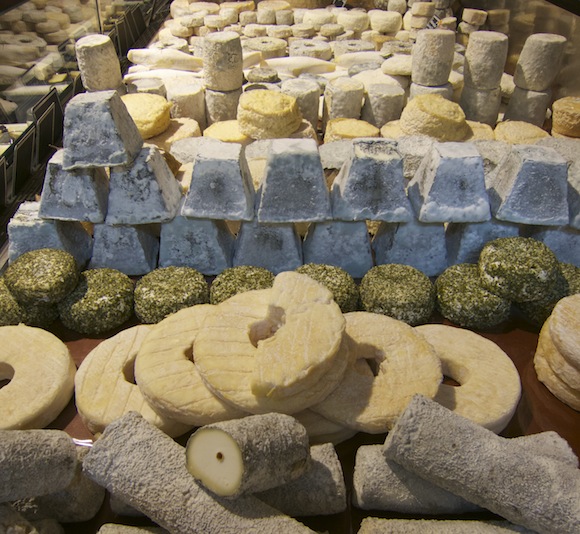 The display of cheese was stunning. Finding a great cheese shop in a French city isn’t unusual, of course. But like La C.U.V and La Ligne Rouge, Elodie Deruelle’s store felt friendly, welcoming and very unstuffy.

As I headed for the airport, I couldn’t help thinking: what took me so long to visit Bordeaux? I’ll definitely be back. 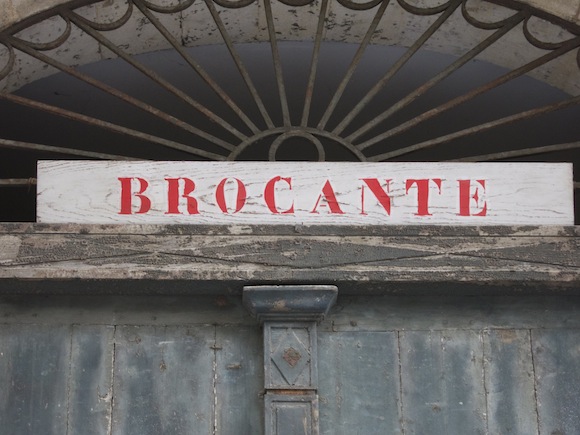