You can’t deny there’s something very special about tasting a wine from the year of your birth. Especially when you get to my age.

As I don’t come from the sort of family that lays down wine at the birth of a child, opportunities to taste bottles from 1963 are rare.

So, you can imagine the thrill of getting the chance to taste a Vintage Port from that year at a tutored tasting held by Fonseca.

1963 may not have been the vintage of the century for Fonseca – 1927, 1948, 1977 and 1994 were the true stars – but it is still considered by the company as one of the greats. And not just because Adrian Bridge, CEO of  The Fladgate Partnership (which owns Fonseca) was also born that year – as was his wife Natasha, who is head blender.

According to Adrian, 1963 was a year of big production, and uniformly good across the Douro Valley. Most shippers (Port producers) declared a vintage that year.

These days, Fonseca owns its vineyards. Back in the 60s, it was still buying from independent farmers who would have also trodden the grapes to extract all the colour and tannin essential for Port. Today, Fonseca manages its own foot treading, which is still practiced for Vintage Ports. 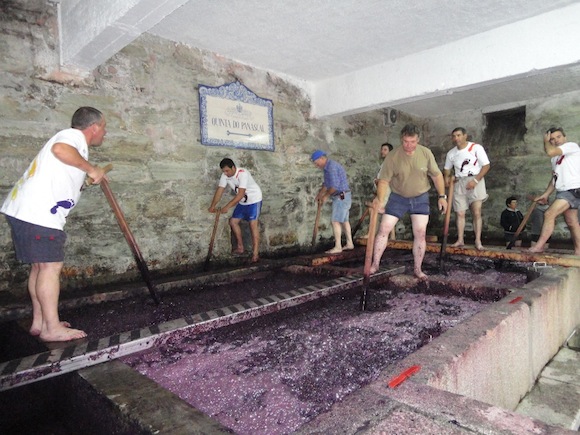 There’s not that much colour left in the ’63 poured into my glass. Bottled two years after harvest, it has faded to a translucent garnet. Its nose is pretty muted other than the fortifying spirit. The palate has more life, with delicate brush stokes of plum jam, earth, coffee grains and liquorice swirling together. 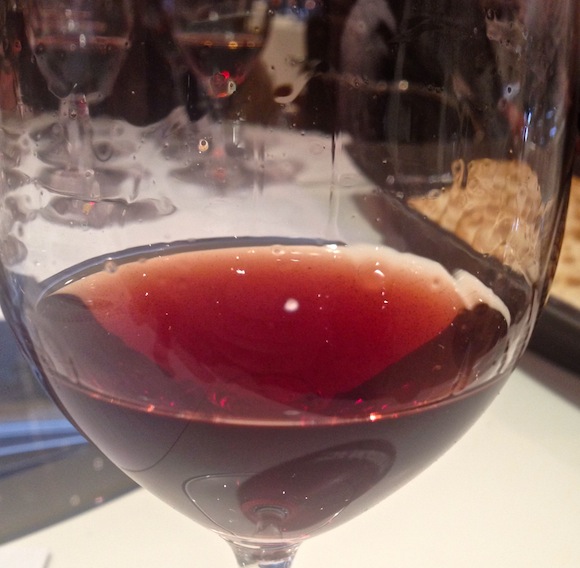 One thing is clear though: it’s had its moment. Which surprises some of the other attendees at the event who have acres more experience than me in evaluating Port, and tasting that vintage. These particular bottles have been cellared in Portugal. Discussions ensue as to whether this has contributed to more rapid ageing than if they’d spent those decades in the cooler UK.

Whatever the reason, it’s still an absolute treat. But not the only one at this tasting led by Adrian to mark the launch of a book on the history of Fonseca.

There’s the 1985 Vintage which is still so concentrated, vibrant and lush and feels very much a whippersnapper. Then there’s the 2000 Vintage, which feels comparatively restrained but intense with whispers of great things to come.

I’m very taken with the Terra Prima Reserve Port made from both organic grapes and spirit (Fonseca were the first to do this). It’s an expensive wine to produce, explains Adrian, costing 25% more while yielding 25% less – even though it is closer to the entry level end for Fonseca. At a retail price of around £16, it really delivers in terms of texture and sophistication. It feels more assured and less showy than Bin 27, Fonseca’s most popular Port.

However, it is Bin 27 that captures the Fonseca house style.

“We’ve always described it as being a more voluptuous style of Port,” says Adrian. “It has this big structure, this big weight of fruit – quite Rubenesque, plump and curvaceous.”

We spit (and swallow) our way through 13 Ports from the Fonseca stable, including a single vineyard from 1998, a luxurious Crusted Port and a chance to sample the 2009 Vintage.

It is, however, the 40-year-old Tawny that makes me want to snatch the bottle and hightail it to the nearest hotel room for some uninterrupted pleasure. It is that gorgeous. Flavours of caramel, candied orange peel, cloves and toasted hazelnuts coupled with a satin texture that drapes itself in every corner of your mouth. The figgy 10-year-old was super, too.

Tawny Ports are aged in wood rather than in bottle. This gives them the nutty, oxidative flavours which, for me, help counter some of the cloying fruitiness I find hard to handle in regular Port.

I am not alone. “Aged Tawny is fast-growing category,” says Adrian. “It’s a style that consumers really understand.”

Though he adds: “From a business side, Aged Tawnies give us the biggest headaches.” Not just because of the evaporation rates over decades in a barrel, but also increasing capital costs and managing stocks to satisfy a global demand. So why continue?

“The future of Port is in value,” says Adrian. “This pre-occupation with selling cheap commodity ports to French supermarkets doesn’t make any money.”

On the upside, he adds, there are lots of markets driving value. And that is where Fonseca aims to continue playing, as the “Bentley” of Port (to quote wine critic James Suckling).

One thought on “It Was A Very Good Year”