“Do you want to come and taste some Cabernet Sauvignon grapes?” asks Rachel Martin, Executive Vice President of Boxwood Winery in Middleburg, Virginia, soon after I arrive. She wants me to try the just-harvested grapes to show me they’ve reached phenolic (or physiological) ripeness, not just sugar ripeness – as is common in many cooler European climates.

After a tough year for Virginia winemakers in 2011 because of cold wet weather during the growing season, it is clearly a relief for Rachel. As I taste the blackish-purple beads, there are no mouth-puckering skins to contend with. Just a gentle sweetness, although winemaker and vineyard manager Adam McTaggart is quick to point out that there are still some big tannins in the skins. This is crucial to giving structure to the wine these grapes will eventually make. 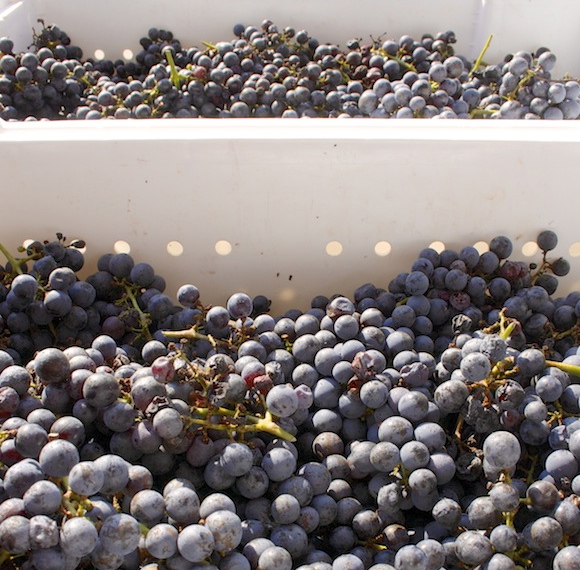 We then take a taste of some of the Merlot and Cabernet Franc which are fermenting in steel tanks.

“If this is indicative of the vintage, then it is going to be a very good year,” says Adam. He and Rachel estimate they’ll be able to produce up to 800 cases of Boxwood, the flagship Cabernet Sauvignon-driven Médoc-style wine. Their predictions for the yet-to-be blended 2011 are closer to 300. That’s a big hit – especially when you are working as hard as Rachel to gain an international presence for these wines.

“2011 was a very expensive year,” says Rachel. “We’ll be adding a lot of Petit Verdot to give power and depth.” 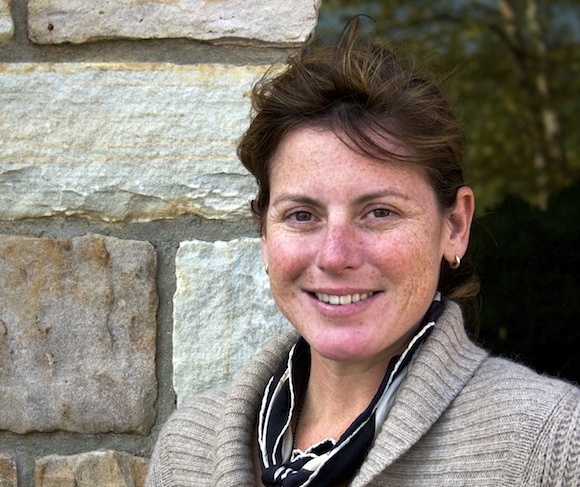 We taste some pre-blended Petit Verdot out of the barrel, which is linear, pristine and has slate/graphite character . We also sample some of  the 2011 Cabernet Franc – Virginia’s signature red grape. Although this will be blended, it has more texture and depth than those we tried further south in the Monticello AVA (American Viticultural Area), where wineries have still produced varietal Cabernet Francs (wines made from a single grape) despite the poor year. A commercial necessity no doubt, but they bear little resemblance to those produced in 2010 (likewise the thin, charmless Viogniers – Virginia’s signature white – which are nothing like the year before).

Boxwood will also produce less of Topiary, its other flagship wine, made in the style of a Saint Emilion. What doesn’t make the cut for these two top wines will go into Trellis, the second tier wine.

There is a rosé, but – unlike other producers in Virginia – no white wines. That’s because Rachel’s step-father, and Boxwood Winery owner, John Kent Cook (whose family used to own the Washington Redskins) loves Bordeaux reds. When you hear this, look at the size of production and gaze at the stylishly-architected winery – replete with its own bottling plant – it would be easy to dismiss Boxwood as little more than a vanity project. Then you taste the wines and realise this is much more than a rich man’s folly. This is an attempt to rival Napa as the premium wine region in the US, and to help put Virginia on the map internationally. 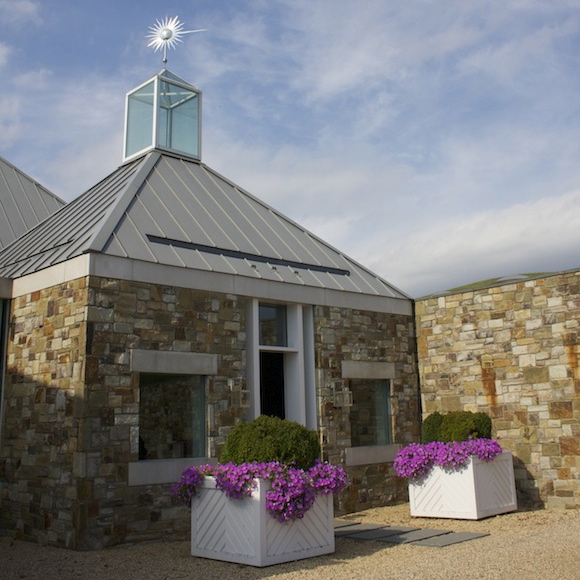 To that end, Rachel has spearheaded a six-year campaign to get Middleburg recognised as an AVA – to join the other six already established in Virginia. This was approved by the U.S. Treasury Department in September. An AVA doesn’t have nearly the weight and status of an Appellation d’Origin Protégée in Europe. The main rule is simply that 85% of the grapes that make your wines are grown within a defined region.

So what’s the benefit? Well, firstly, it helps promote the wines outside the state.

“I can’t call it state wine unless it’s in an AVA,” explains Rachel. “It’s important for my wine. North Virginia doesn’t get great representation.”

She also sees this higher status as helping raise the standard of wines produced locally, adding: “When people think of Virginia Wine, they’re accustomed to tasting a lot of laboratory work.

“The AVA is important for the attitude of the winemakers. It helps them understand the greater purpose of making wine. It’s not just a hobby. We’re artisans, ” she says. 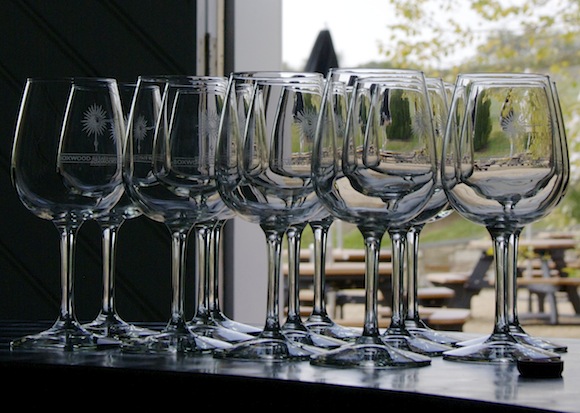 For Rachel, being an artisan means a training in Napa and Bordeaux and hiring one of the world’s top consultant winemakers Stéphane Derenoncourt, who visits six times a year. While she trots out the “our wines are made in the vineyard” mantra, it is clear that she and her team are meticulous about every step of the winemaking process and produce wines they think reflect the terroir (climate and soil) rather than to mass consumer tastes.

We try some of the finished wines.

2011 Rosé – leaning towards the restrained Provence-style in terms of colour, weight, texture and herbal flavours mixed in with orange and strawberry. Balanced and refreshing.

2010 Boxwood Estate Trellis – at $18 at the cellar door, it’s hard to call this an entry-level wine. But for that price, you get good structure and complexity with some maturing coffee, cigar box and tobacco flavours along with the fresh cranberry and cinnamon. I’d probably keep it for a at least a couple more years for the tannins to integrate.

2010 Topiary – intense black cherry and coffee aromas, this Cabernet Franc/Merlot blend has appealing liquorice and graphite flavours along with those black fruits. Nice satin mouthfeel, too.

2010 Boxwood – perhaps more juicy and lush than Topiary from the same year (this is primarily a Cab/Merlot blend) but still firm and fresh, with an air of seriousness. Apart from the black bramble fruit flavours, I pick up leather and autumn leaf notes as well. A super long finish too.

Later that night, I try the Boxwood again. I’m at my friend’s pre-wedding dinner at The Red Fox Inn, in the centre of 19th century Middleburg’s picturesque high street. I drink Boxwood with fried chicken, a classy wine and comfort food combination that really works. 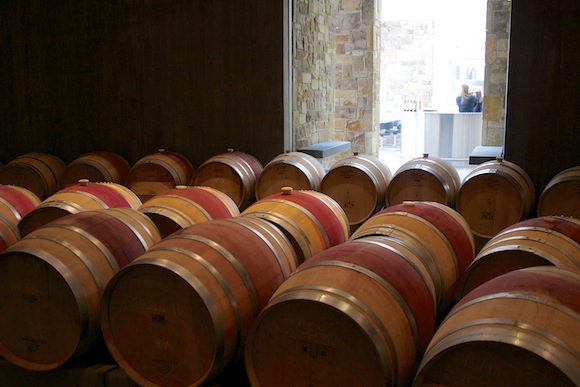 New Horizon Wine brings a number of Virginia wines into the UK, including Boxwood.

The Oxford Wine Company stocks the 2007 Topiary and Boxwood. It would be interesting to see how these wines have evolved.

I also visited some wineries around Monticello and found the wines I tasted mixed in terms of quality. There were some bright spots:

King Family Vineyards‘ Meritage 2006 – its flagship Bordeaux blend. I brought a bottle home. As I wrote on Corkbin “like a bright red satin ribbon wrapping round your tongue. Nuances of cedar & tar.”

Pollak Merlot 2oo9 – I didn’t enjoy visiting the tasting room (too much slick schtick) nor the wines particularly. They’d run out of the wine everyone loves – the Merlot – but at Zinc in Charlottesville there was a bottle of ’09 on the list which we drank with steak. A lively drop, though its aromas of raspberry, English breakfast tean and leather promised more excitement than it actually delivered.

Jefferson Vineyards Cabernet Franc 2010 – I didn’t get to visit the vineyard (too much time at Monticello itself) nor do I have any semblance of a tasting note. But I do remember trying it at Vinifera, a friendly, well-stocked wine bar tucked inside the Westin at Reston, a not-very-glamorous stones’ throw from Dulles airport. And I remember a sense of plushness and that it went well with elk… and thrusting it at Mr. SipSwoosh saying “this is what a Virginia Cabernet Franc should taste like.”

At Vinifera (thanks to the wine fanatic behind the bar), I also got to sample Norton, a grape native to Virginia, made by Chrysalis, based in Middleburg but not in the AVA because it grows most of its grapes outside the area. The Locksley Reserve Norton 2010 was like a blueberry and plum explosion in the middle and front of my mouth, with a bright acidity. It didn’t seem to have much of an end though, although Jancis Robinson recently called another Chrysalis wine, the Barrel Select Norton 2011 “stunning”.

Finally, a mention for Breaux Vineyards, about 50 minutes north (and worth a visit if you are in the area). Breaux produces a comparatively wide range of wines, including a non-vintage, easy-drinking red which makes sense in an area where the climate can be so variable. But the star is its Nebbiolo 2006, now with an earthy, vegetal tone to temper the succulent red fruit and perfect for Autumnal, bosky food. The Good Wine Shop stocks it in the UK as does The Oxford Wine Company. Good US wine is never cheap – and this is quite seductive.

One thought on “Don’t Be Afraid Of Virginia Wine”