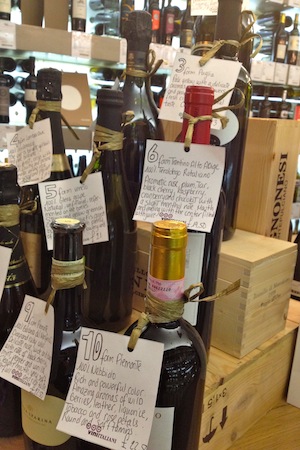 Let me share with you one of my fantasies.

I mean what I’d really like to do when I grow up.  Which is: own a wine shop.

Not a corner off licence punting J.P. Chenet and Echo Falls like there was no tomorrow. Nor a stuffy upmarket affair frequented by red trouser-clad, Claret-swilling captains of industry whose idea of adventure is trying a Burgundy.

No, my fantasy shop would be stylish and elegant yet highly accessible and educational. It would showcase lesser-known wines as well as benchmark versions of famous ones. Winemakers would swing by when they were in town and happily chat to customers. And staff would be knowledgeable and professional but never patronising.

In short, my fantasy shop would be rather like Vini Italiani in London’s South Kensington – where even the wasp-waisted spittoons and the putty-coloured breadbaskets have style. 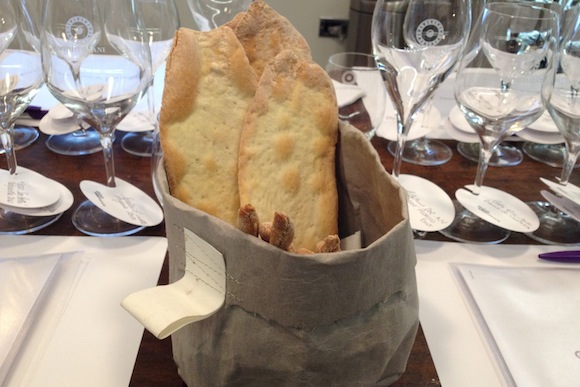 Vini Italiani, as the name suggests, only sells wine from one country. It was launched at the end of last year by a group of Italian friends who “share a passion for Italian wine.” It stocks 500 labels from Italy’s 20 very distinctive wine regions, which are all available for delivery throughout the UK. It also stocks some beers, grappa and amari.

Upstairs in the shop are wines from Northern Italy, ranging from the work of natural producers in Carso to more conventionally-made wines using more unusual grapes such as Timorasso, Vespaiola and Ormeasco. Don’t worry, there is some Pinot Grigio. But once you’ve tasted it from the likes of Borgo San Daniele and Livio Felluga there really is no going back. 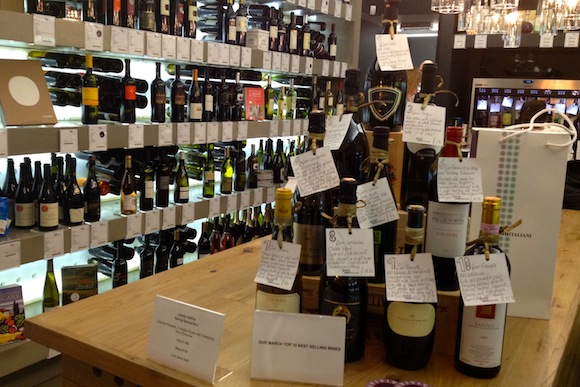 There’s also an Enomatic machine (an Italian company) where you can try up to eight different wines from 50p for a few sips.

Downstairs, where there’s another Enomatic machine, the focus is on the South. In one corner are a couple of small cellars for very fine wines – where I have prowled in lust and envy on more than one occasion. Central Italy is split between the two floors. 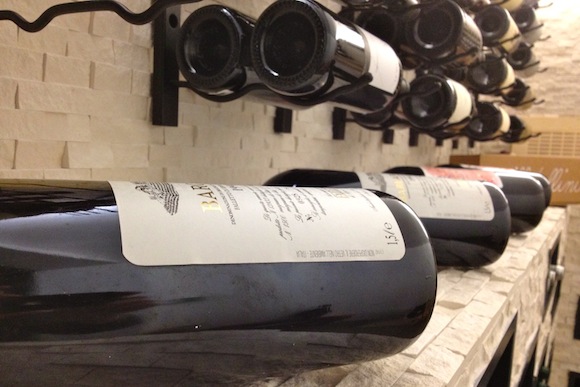 There is also a space – the salotto – where the team hold wine tastings, from free meet-the-wine-maker sessions to paid-for instructor-led educational events.

“One of our missions is to educate people to discover the beautiful selection of wines this country produces,” explained co-founder and operations director Bruno Cernecca, introducing an event on wines from the Veneto.

Our teacher was wine critic Charles Metcalfe, a founder and now co-chairman of the International Wine Challenge competition. He is also known as The Wine Singer, for his tendency to break into an aria at the end of a wine class he is leading. He didn’t disappoint on this occasion.

We’re toured the region via six wines, starting with an elegant juicy pear and citrus Sylvoz Prosecco Brut NV  from Le Colture.  Next came a Corte Olivi 2010 Bianco di Custoza, a blend of five white grapes which are macerated on their skins prior to fermentation to add some tannins, so it will stand up to a variety of different foods. It tasted of white grapefruit (and some of its pith on the finish), crisp, yellow apples and green herbs. Good for what Charles described as a “lazy lakeside lunch”, though I’d probably plump for Corte Olivi’s Bardolino Classico 2010.  It has a similar weight to many Beaujolais, and similar red fruit flavours. I could while away a sun-dappled afternoon drinking this pretty wine served lightly chilled. 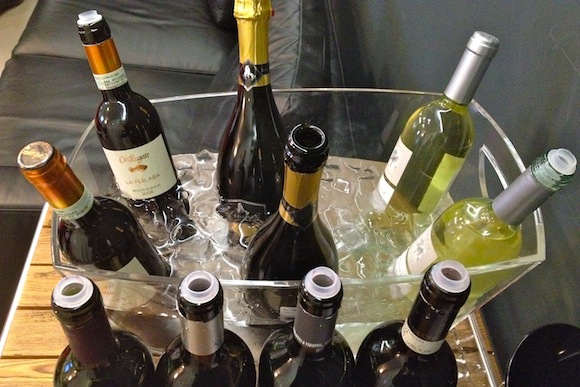 A Mazzi Valpolicella Classico, San Peretto 2009 had a heavenly smell of prunes and black cherries with some fragrant, floral notes – hiding the fact that it was packing heat when you drank it. We also tried Mazzi’s bitter chocolate, tobacco and cherry jam Amarone Punta di Villa 2005 – or “Valpolicella on steroids” as Charles described it, explaining briefly how Amarone is made.

Between the two, we tasted a plush, seductive cassis and liquorice Sarafini & Vidotto Phigaia After The Red 2007 made from  – gasp – “international grapes” (i.e. not indigenous to the region). And finally, an amazing dessert wine – Recioto di Soave La Perlara 2008, from Ca’ Rugate.

Recioto refers to the method of drying grapes on mats before fermentation, as is done to make Amarone. In this instance, white Garganega grapes are used. It was like drinking grilled pineapple. Utterly divine.

With the wines we were served some hams and cheeses from the region, such as Asiago cheese, San Daniele ham and sopressa Trevisana, a type of salami. It was a fun, instructive session with just enough detail to help attendees make more informed purchases. For me, with a father who came from the Veneto, it was a pleasant reminder of how good the region’s wines can be. 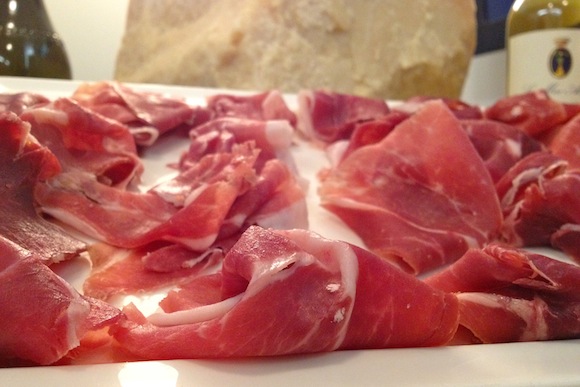 I like Vini Italiani. A lot. Not just because of my (half) Italian roots. But also because of the experience the team has created, which includes chic branding, a well-laid out website and newsletter, and a host of interesting events.

The Only Way Is Up

Open for less that a year, it’s not quite perfect. Some of the more casual events I’ve attended need a little more structure. I would have liked some information about the food and wine at a recent Emilia-Romagna event before I tucked in, for example.

You can’t place an order for wines online, you have to call the store. Then again, that’s not what Vini Italiani is about.

The wines may be a little more expensive than other places, though not ridiculously so. The Phigaia, for example, is £21 here and £18.50 at Bottle Apostle. If you join Vini Italiani’s wine club, however, you can get 20% off a case of six selected by them. Buy a mixed case of your own choice and you get a discount too.

Vini Italiani has just been shortlisted for Decanter Retailer of the Year Awards in the Specialist Wine Merchant of the Year category, a very well deserved nomination.