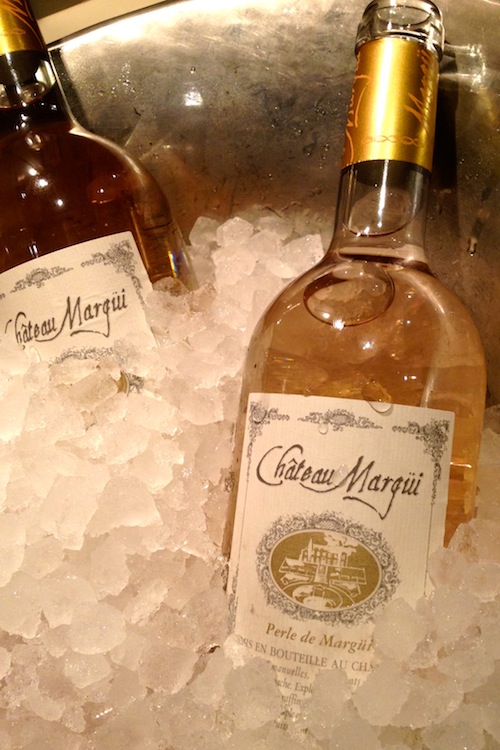 Eric Kurver’s dream was quite simple – to make the best rosé wine in the world.

Although he jokes about how he thought making wine would be an easy life after a career in advertising, the Dutchman had planned to start small when he bought Domaine de la Grande Séouve, in Provence.

But then he realised his dream would remain just that, unless he thought bigger. That meant hiring good people to manage the vineyard and the cellar, and not just having a go himself. It meant analysing what he liked and didn’t like in 30 different bottles of rosé, and having his winemaker try to meet that brief through making different wines and blending them. 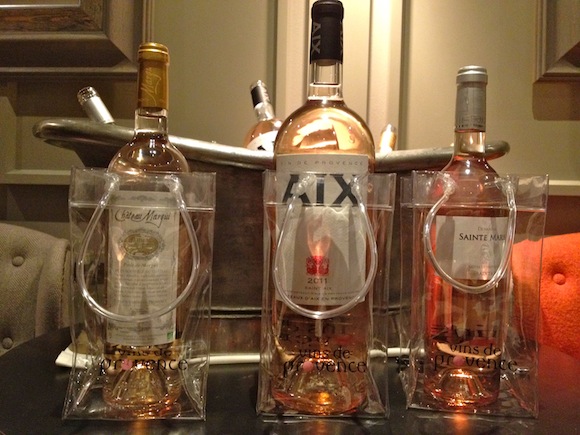 It also meant travelling around the world to sell his wine – AIX Rosé – which is why I am hearing him tell his story at Bistro du Vin in London’s Soho.

“I’ve learnt to compromise,” he replies, with a smile. Wine fantasies are always moulded by realities such as soil and climate. This “compromise”,  however, has resulted in awards. His 2010 beat 40 other local rosés in a prestigious French competition.

It’s good stuff. A crisp, lively blend of 60% Grenache, 20% Cinsault and the rest Syrah and Counoise, it tastes of redcurrants, raspberries and a spritz of lemon.

It is also attractively packaged with clean, modern branding, as you would expect from someone whose background is in advertising. And, in a “stroke of genius” (as one wine writer at the event put it), this rosé is available in party-friendly magnums (Majestic, £19.99).

Before this Provence Wines dinner, I would have described AIX as a glorious light salmon colour. But, looking at the liquid colour palette handed around at the event, I think pêche (peach) might be more accurate. 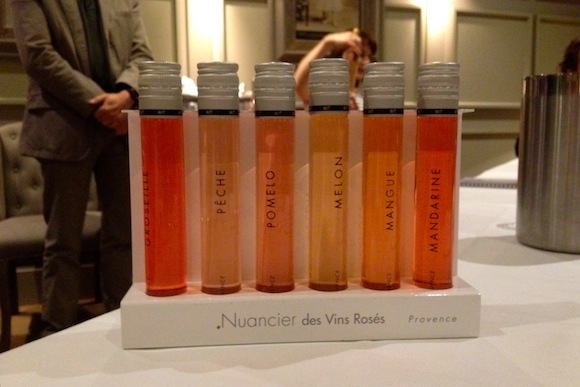 This colour scale, showing the six main nuances of Provence rosés, was produced by the Centre du Rosé – the only research facility of its kind in the world. Established more than a decade ago in Provence, it now studies rosé wine from all over the world.

“We think, drink, eat and sleep rosé,” says Gilles Masson, the Centre’s director. “Our aim is to improve the quality of rosé wine, from the vineyard to consumers’ tables.”

“Rosé is a technical wine,” explains Philippe Guillaton, owner of Chateau Margüi. “You must be very careful no oxidation takes place.”  Many reds and whites benefit from some oxidation – it helps them evolve and gives them character. This is the last thing you want with a Provence rosé, whose USP is extreme youth.

Chateau Margüi is an organic vineyard and Philippe and his wife are moving towards running it biodynamically. While they currently handpick their grapes, Philippe tells me later that he and his wife are thinking of buying a machine to pick the grapes for the rosé (Cinsault and Grenache). This is so that they can get the grapes to the winery as fast as possible while the grapes still feel alive.

The Perle de Margüi 2011 may look very light (melon I think), but it has a captivating strawberry nose with a hint of fresh banana and a black pepper backnote. To taste: pink grapefruit, hints of red berries plus wet stones and more of that pepper.

By contrast, the Domaine Sainte Marie Tradition 2011 feels weighty. This blend of four grapes is a very pretty pink and tastes of roses and oranges. Though perhaps not as elegant as the first two, this would my choice for feet-up easy drinking in early summer or to have with Thai food.

Manager Christopher Duburcq says their goal is to make a consistent wine that is also a sexy product.

“It’s a wine which demands a lot of accuracy. It’s not easy,” says Christopher, echoing Philippe Guillaton. “We pay a lot of attention to the colour.” 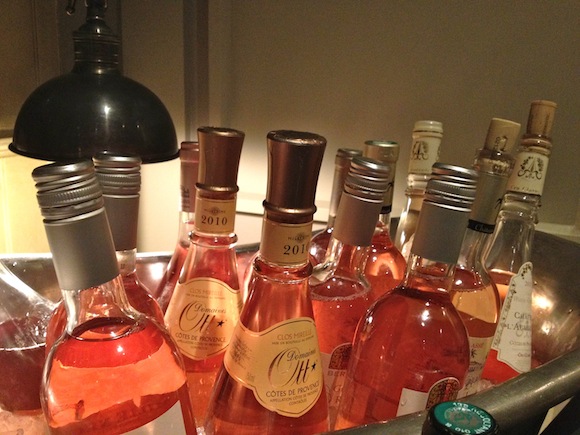 We are shown these three wines to demonstrate the different types of rosé produced in three appellations: Coteaux d’Aix-en-Provence, Coteaux Varois en Provence and Côtes de Provence respectively. Both the Domaine Sainte Marie and the Chateau Margüi do not currently have UK importers.

Throughout dinner we sampled more rosés, all which are available in the UK. Of these, I loved the floaty grace of Domaines OTT’s Clos Mireille Coeur de Grain 2010, but not the £27.95 price tag (Roberson Wine) – the Famille Négrel Sainte Victoire 2010 may have been a touch more heavy-footed, but had similar floral hints and was much better value at £9.99 (Majestic).

However, the star of the meal came at the end, Château d’Esclans 2010. Lightly aromatic on the nose – thanks in part to some Rolle (or Vermentino) it tasted of peaches and red berries drizzled with cream.

And yes, I would fork out £21.50 (Bibendum) for this wine. On a special occasion. Like when the sun actually comes out – and stays out – in a typical English summer. 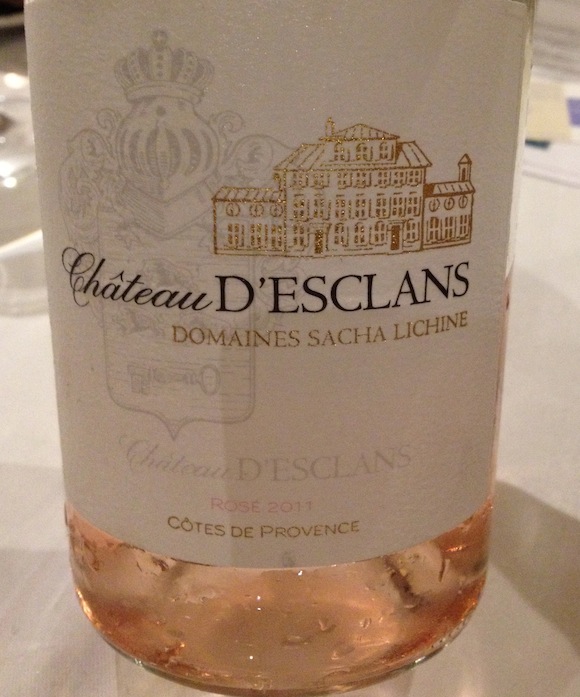