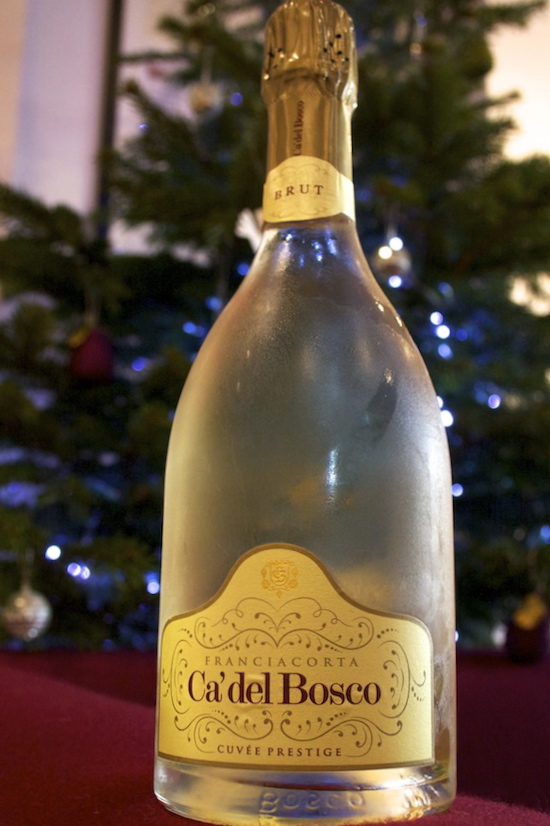 It’s a crisp October night and I’m on a coach hurtling through the industrial hinterland of Brescia. The destination: dinner at a winery. None of us coach passengers know which one. That’s part of the surprise. All we do know is that the winery makes Franciacorta, the local sparkling wine. 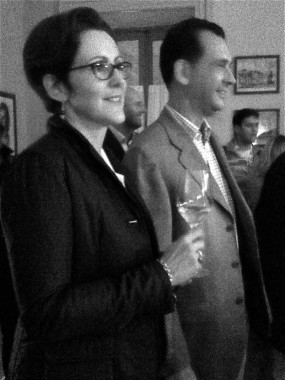 We pull into the courtyard of a two-story villa. It is dark and quiet, save for a dog or two barking in the distance and there is the smell of woodsmoke in the chilly air. Waiting for us is Lucia Barzanò, and we are at Il Mosnel, one of the first wineries to start producing Franciacorta in the late 1960s.

Lucia, who runs Il Mosnel with her brother Giulio, guides us into a room with a roaring fire. Giulio joins us and we are handed glasses of the 100% Chardonnay 2006 Extra Brut EBB named after their mother Emanuela Barboglio, who planted the vineyards that now produce its seven different types of Franciacorta (though it has produced other wines since 1836).

After a quick introduction and trot through the cellars, we go upstairs for canapes and some non vintage pas dosé, made from Chardonnay and Pinot Blanc (Bianco) and a touch of Pinot Noir (Nero), the three grapes allowed to make Franciacorta.

Like Champagne, Franciacorta is made from a still base wine that is fermented for a second time in the bottle. After this fermentation, the wine sits on the dead yeast (the lees) for a number of months, according to regional wine laws and the style the producer wants to achieve. Lees give an added depth and dimension to wines. The process of then removing the lees is called disgorgement. As some of the liquid is lost in this process, a small amount of base wine is added, along with some liquid sugar for taste and balance. Pas dosé means only base wine is added. In Champagne it is called zero dosage or brut nature. 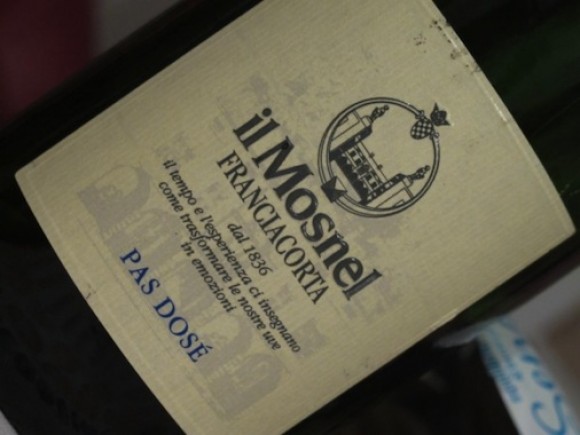 While I find the latter can be austere to drink without food, the Franciacorta pas dosés I’ve tasted feel easier and refreshing to sip on their own. A lot of this will be down to the ripeness of the grapes – Brescia has a warmer and more moderate climate than Northern France. Perhaps too it’s the addition of Pinot Blanc, which you don’t find in Champagne. Producers are also fanatical about letting their wines sit on lees, sometimes for far longer than is required by law (and beating the minimum required for non-vintage Champagne).

According to Tilli Rizzo, of producer Fratelli Berlucchi, pas dosé is the true expression of Franciacorta. “I think this is the real Franciacorta. It tastes like the wine it was made from,” she told me at a small tasting at Vini Italiani in London. Fratelli Berlucchi makes 10,000 bottles a year for a “small slice of customers” mainly in Italy. “It’s dry and not so easy to drink,” she added, meaning many people preferred something more rounded. However, I think the lemon and zinc purity of the Fratelli Berlucchi 2007 pas dosé, with its thin ribbon of softness and it tart green apple skin finish, would appeal to quite a few people I know.

If pas dosé is still too hardcore for you, then Franciacorta comes in styles of ranging from extra brut, through to rosé and, perhaps the trump card, satèn. While satèn is made primarily from Chardonnay, though some Pinot Blanc is allowed, it is quite unlike a Champagne blanc de blancs. The amount of sugar added (with yeast) to kick start the second fermentation is lower than usual – even lower than pas dosé. As a result the carbon dioxide pressure is reduced, which gives it a satin mouthfeel. Hence the name. The ones I tried in Brescia, at a tasting prior to the Il Mosnel dinner, felt gloriously sumptuous in texture. 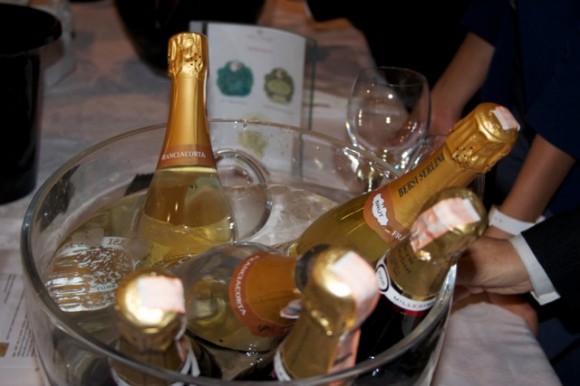 The problem with Franciacorta, as with other sparkling wines made in the traditional method, is that always gets compared with Champagne. People are happy to drink a substitute if it is cheaper. But Franciacorta retails in the UK at a similar price point to Champagne, often higher than discounted or supermarket branded ones, but it lacks the legacy and cachet, and sometimes the quality. It only got DOCG status in 1995.

There’s another problem. Italian sparkling wine in many export markets is now synonymous with Prosecco, made from the Glera grape. With Prosecco, the second fermentation takes place in a tank and it is bottled and sold soon after. There are exceptions of course. But generally it is a lighter, fruitier wine than either Champagne or Franciacorta.

Which frustrates Franciacorta producers like Matteo Gazziero from Borgo La Gallinaccia, who shared our table at Il Mosnel and we drank his Franciacorta with dinner. With production of Prosecco set to grow fivefold, trying to set Franciacorta apart from this ubiquitous fizz will become an even tougher challenge.

I’ll be doing my bit this Christmas though. I’ll be opening a bottle of Ca’ del Bosco Cuvée Prestige. Made primarily from Chardonnay, and spending more than two years on its lees, this Franciacorta has a brioche and caramel depth, brought up sharply by a tangy citrus finish. Luxurious and undemanding, it’s my perfect drink to accompany the opening of presents. And giving them… of course!

I attended the dinner at Il Mosnel as part of the EWBC conference. The chef was Stefano Cerveni from the Michelin-starred restaurant Due Colombe. Dark violet potatoes with bright coral prawns and an off-white creamy, sour sauce and a saffron risotto with ribbons of melted burrata and a licorice kick were the two dishes which stood out, not only because of their combination of flavours but their stunning colours. 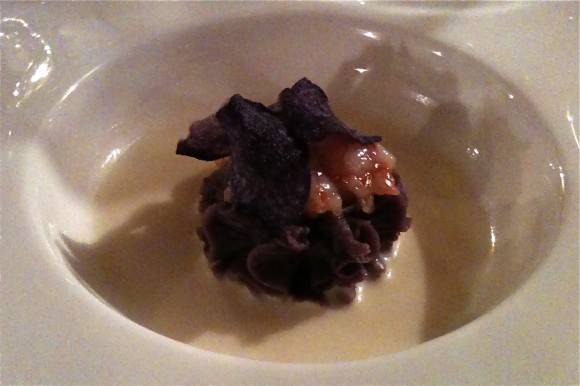