When it comes to wine, I like to think I’m quite adventurous. But matching a white cava with a slow-roasted leg of lamb was a new one on me. And guess what? It works!

Of course the Catalans have, like, known this for ever. Which is why I was trying this combination at a Codorníu Wine Barcelona Supper Club held in London.

The idea was to show us that cava can be enjoyed throughout a meal, not just as an aperitif.

The menu was designed by Rachel McCormack from Catalan Cooking in consultation with Bruno Colomer Martí, Codorníu’s winemaker, who was at the supper to talk us through each wine, and why he thought they matched the dishes. 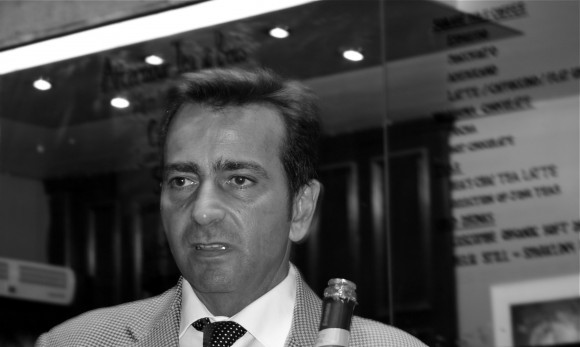 So why did the lamb and cava combo work?

Partly it is down to weight. The cava in question is the Anna de Codorníu Brut, which is 70% Chardonnay and only 30% the lighter traditional local grapes of Macabeo, Parellada and Xarel.lo. So it has a bit of body to match the texture of the lamb but also a freshness to counter any fatiness in the meat. In addition, the slow cooking had brought out a slight sweetness in the lamb, which came with three purees: white beans, parsley and garlic; aubergine; onion with Jerez vinegar. A really tasty dish and the highlight of the meal.

We’d started with the Selección Raventos Brut, which is 50% Chardonnay, 50% local grape varieties grown in two distinctly different areas. It is aged in the bottle for 18 months (twice as long as the Anna), so has a light toasty, biscuity flavour along with crisp stone fruit. We nibbled large Gordal olives, Mahón cheese and bunyols de bacallà – which sound (and taste) so much nicer than “cod doughnuts”. 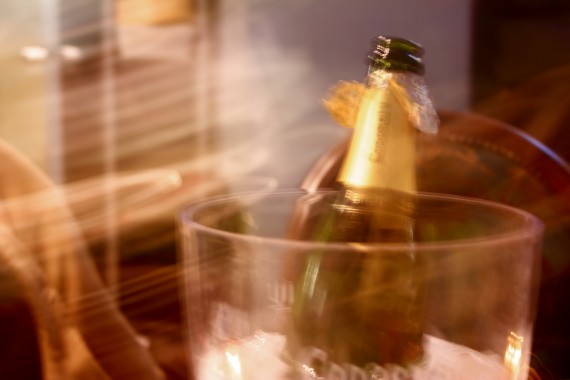 Next came tuna tartar with Jerez vinegar and mustard sitting on a disc of chopped avocado. Tasty, if a touch salty. The tight apple flavours in the Clásico 1872 Brut (made with all local grapes) stood up well. Bruno explained how the Clásico is the oldest cava in the Codorníu stable, and its fresh flavours work well with this food because “sometimes tuna is very fatty. Acidity with this fat is fantastic.”

We moved onto langoustine-style monkfish, a dish harking back to the days when monkfish was cheap and was dressed up to look like the meat of the more expensive crustacean.  It looked good and tasted good. But the accompanying sauces – and rocket – were too powerful for the Pinot Noir Rosé Brut, cancelling out its delicate red berry flavours. 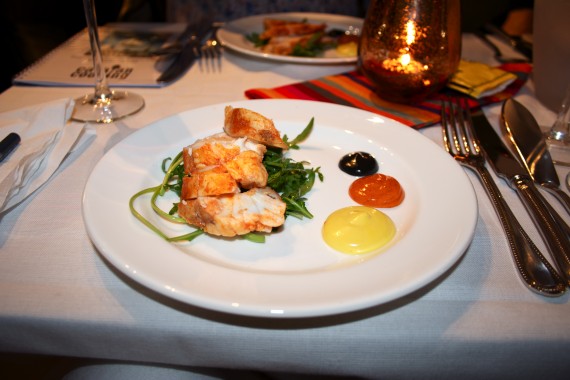 I didn’t think their flagship fizz Reina Maria Cristina Blanc de Noirs 2008 was a great match with the dessert either. The vanilla ice cream with a mulled wine and red fruits sauce was a bit sweet for the cava. Hardly tragic when I could help myself to another glass after I’d finished eating.

According to Codorníu, the Reina Maria Cristina is the first Blanc de Noirs wine to be produced in Spain. Though 2008 was its first release (there was a previous Chardonnay-driven blend), the family-owned company has the oldest and largest Pinot Noir vineyard plantings in Spain. The grapes for this blanc de noirs are grown in poor soil to stress the vines, keep the amount of bunches per vine low and the concentration of flavour in the grapes high.

Bruno explained how they’ve chosen a continental climate zone to grow the grapes for this cava (hot days and cool nights) and the grapes are harvested at night in August because of the heat. This cava is aged for 24 months before release.

Why am I telling you all this? Firstly, because it’s easy to dismiss big brands as producing palatable but inferior-quality wines, when a lot of thought and care can go into what they produce. And secondly because the Reina Maria Cristina Blanc de Noirs, the most expensive of the cavas we drank, costs about £15, which shows what good value sparkling wine from Spain can be.