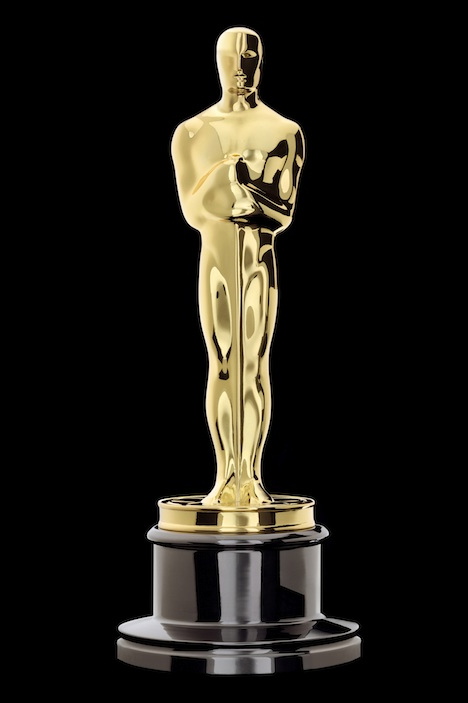 So, a couple of weeks ago I matched the BAFTA Best Film nominees to wines in If This film Were A Wine. Now, with the Oscars upon us, it’s time for the sequel.

In a world where 10 films are now up for consideration to head off criticism that comedies are never included, that’s a lot of wine. Luckily, I’ve already covered The King’s Speech, Black Swan, Inception, The Social Network, and True Grit. Here are my suggestions for the remaining five. 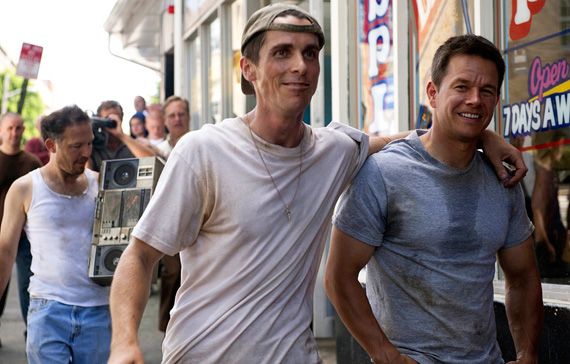 Lots of choices here. It’s about boxing, so you could go for a big, muscular red wine such as a Cabernet Sauvignon. It’s also about a comeback. This could be Chardonnay – swigged in the 90s, swerved in the noughties, and now creeping back into affection as more deftly-made New World Chardy hit the shelves. OK, that last bit may be wishful thinking. Many people in the UK still avoid Chardonnay unless it’s labelled “Chablis”. Therefore, for The Fighter, I am plumping for sherry. Our grandparents’ favourite is slowly making a comeback in bars and restaurants, and there are so many styles to choose from. If you don’t like nuts and straw-flavoured Fino then try a sweet Pedro Ximénez with a chocolate pud. Knockout.

The Kids Are All Right 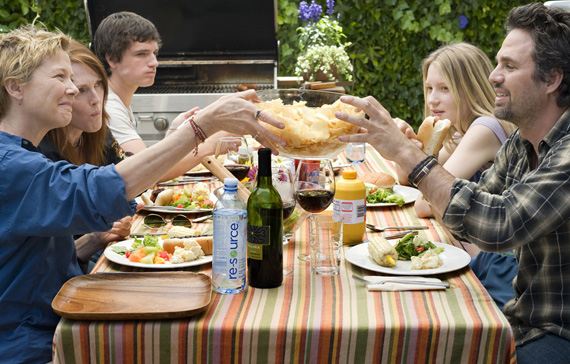 Pick a Californian red. Any Californian red. So long as it is from a boutique winery. Preferably around Santa Barbara. Red wine features so heavily in The Kids Are All Right, it should get a credit of its own. Shockingly, I’m not the first person to notice this. On the film’s official website, there’s a feature on… ahem… matching wine to films, where screenwriter Howard A. Rodman notices that in one scene (pictured), they’re drinking a Petite Sirah from Kalyra – a winery that also appeared in Sideways. But really, any boutique Californian red wine will do. And get yourself a weekly unit-busting big glass while you’re there. 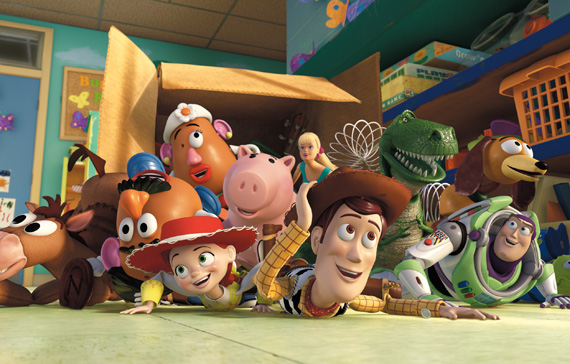 A funny film for kids maybe. But behind the laughs, Toy Story 3 is a poignant tale about growing up and leaving childish things behind. Like realising that pub Pinot Grigio spritzers taste of water and vinegar and that the only good thing going for Lambrini is that it’s “all natural”. For me, growing up was realising that a lot of wines weren’t designed to be drunk on their own and tasted much better with food, such as a Jurancon Sec from Southern France or a Friulano from North East Italy. Perhaps, though, the best match is an austere zero dosage Champagne matched with sashimi. Definitely something the kids wouldn’t like. 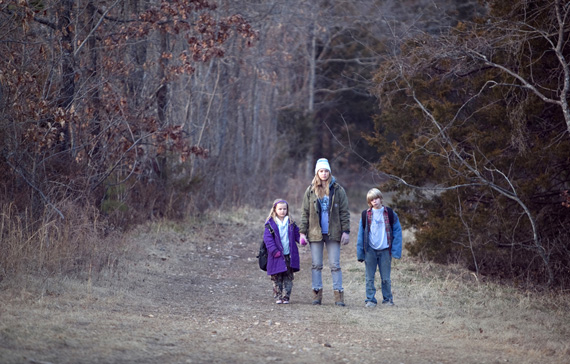 Zero dosage Champagne would also be a good match for Winter’s Bone as there is no added sugar anywhere in this grim tale of a girl searching for her father in the Missouri boondocks. Then again, cheap Bourbon would also be appropriate in a film which makes True Grit feel like a musical.  You could drink a shot every time someone skins a squirrel. But this is a wine blog. So, I’m going for a dessert wine, perhaps one made from shrivelled grapes to match the lived-in faces of some of the characters, such as a trockenbeerenauslese Riesling from Germany – or maybe an icewine from Canada to match the biting cold. Either of these would bring some much needed cheer to this bleak but compelling movie.

It’s now an old joke – but this has to be a wine you’d give your right arm to try. Right? 127 Hours is also about a man in incredible pain, who (naturally) screams. And he’s stuck in a canyon watching an eagle flying overhead. You know where I am going with this…. Yep. Screaming Eagle. Each bottle of this cult wine changes hands for thousands of pounds and on their website, the first navigation button says “waiting list”.  The right arm would be for a bottle of the 1992 vintage.

Of course, a film has to be in the English language to be considered for Best Film at the Oscars. Otherwise, I am sure Biutiful would be up there with the rest of the nominees. And Javier Bardem would stand a better chance of winning best actor against stuttering King Colin. What’s even more annoying is the ease at which I can match a wine to this film: Lacryma Christi – tear of Christ. Don’t know what I’m talking about? Go and see the film!