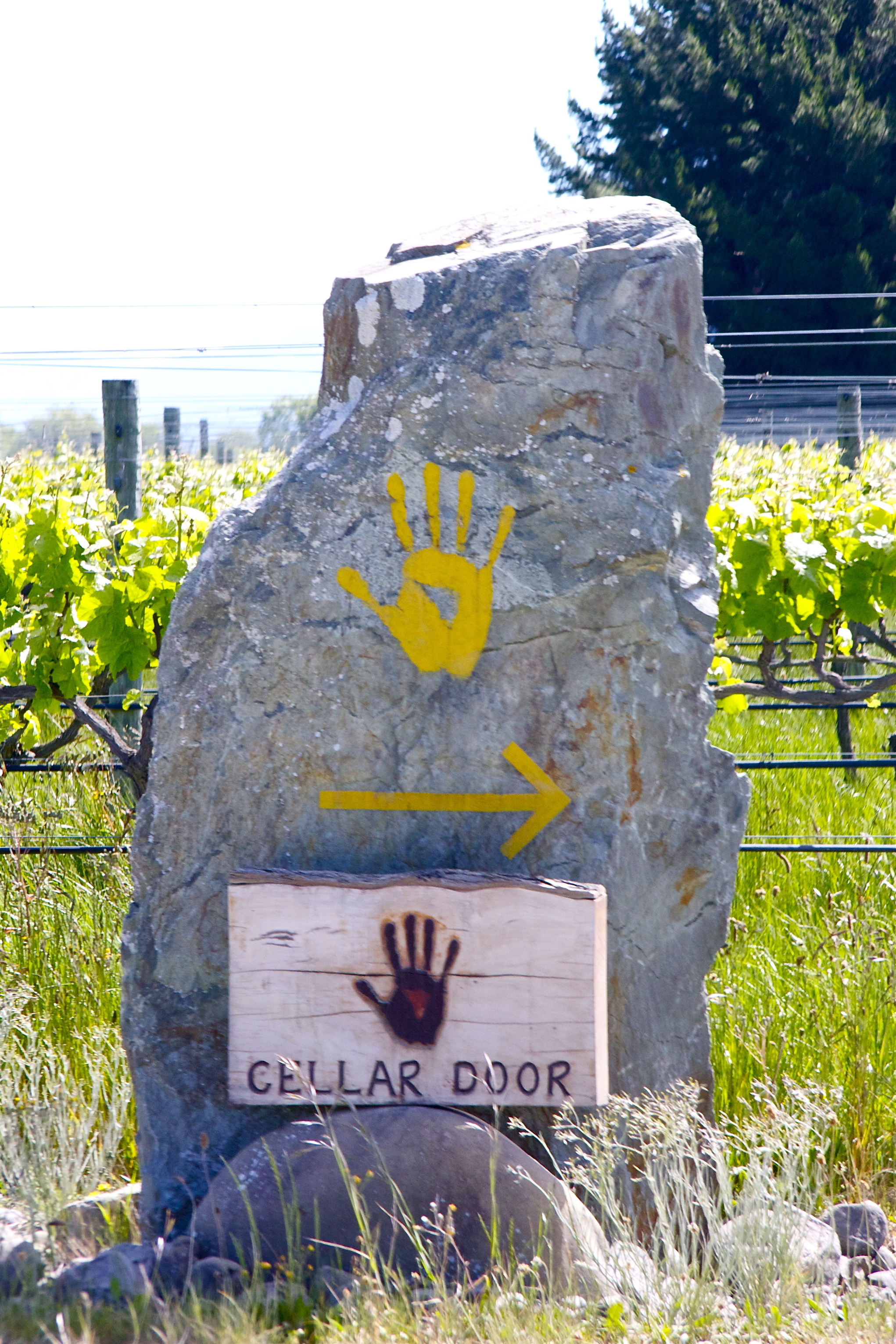 Seresin Estate must be the happiest winery I’ve visited. Beaming smiles greeted us from the moment we stepped through the cellar door on a gloriously sunny Marlborough day – to the moment we left. First up was Carolina, who was managing the cellar door. With a warm welcome and an ear-to-ear grin she went off to find winemaker Clive Dougall. 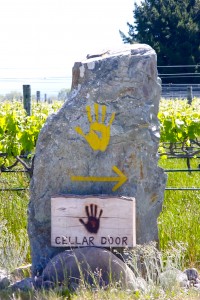 In a brief exchange on Twitter, I’d asked Clive if someone could show us around. I was keen to learn more about this biodynamic, organic vineyard that’s producing some stellar wine. Anticipating that Clive must get these requests all the time, I didn’t actually expect the man himself to do the honours. And indeed, as he was wrapping up a meeting, he asked his assistant winemaker, Alexis, to start showing us around.

Alexis (who also smiles a lot) explained how Seresin is really a farm, not just a vineyard. The team grows olives, vegetables and keeps animals, with cows providing nutritious manure for the vines.  She took us through the grapes grown in the home vineyard, including Semillon, which is used in tiny amounts to blend with Sauvignon Blanc. As we were talking – and throwing a barrel bung for Clive’s dog, Gemma, who’d accompanied us – a young woman whizzed past. She was the “organic trainee” and, judging by her broad grin and rosy cheeks, she looked like she was also 100% additive free.

Then Alexis took us inside to get a birds-eye view of the empty tanks – big for Seresin but relatively small compared to some of its high volume-producing neighbours. It’s not unheard of for Alexis and her colleagues to get inside the tanks and use their feet to punch down the cap of Pinot Noir grape skins and pulp that rises to the top during fermentation, instead of more modern methods to ensure colour from the skins is extracted. As she was talking, we noticed behind us a wall with names and handprints of people who’ve worked there over the years. The hand is the logo of Seresin Estate representing its artisanal wine philosophy. It also seems to represent its global influence. Such is Seresin’s reputation as a producer that people all over the world clamour to work there. The organic trainee is from the US. Alexis herself is Canadian while Carolina is from Argentina. And Clive? He’s from good old Blighty. Use to run a wine shop near me, as it happens. 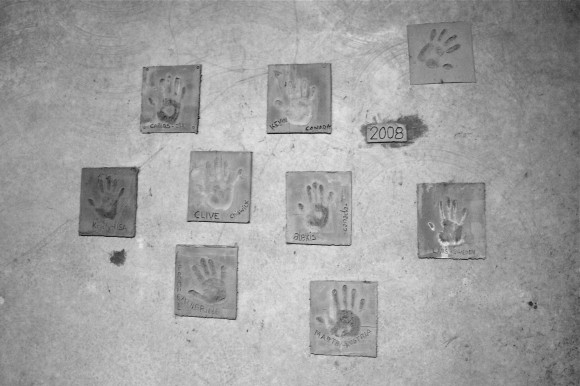 At that moment, Clive rocked up to take over. He told us how Seresin Estate’s focus is to make the best wines it can with as little human intervention as possible. While it isn’t producing natural wine in the strictest sense, for example sulphites are used to preserve the wines, Seresin belongs to a small group of local producers following similar principals. The ethos of Marlborough Natural Wine growers (MANA) is that the less the soil, grapes and wines are artificially manipulated, the more the wines can express where they come from.

Although each of the vineyards has its own interpretation of “natural”, it generally means avoiding chemical pesticides, using naturally occurring yeasts to ferment the grapes, hand-picking the grapes rather than using machines, and following biodynamic principles that guide producers on the best days, for example, to pick the grapes and bottle the wines. If this sounds like hippy dippy new age claptrap , hundreds of winegrowers throughout the world are now doing this – including some in Burgundy.

Clive then grabbed some glasses and the three of us – plus Gemma – headed off to the barrel room. First off we were lucky enough to try some Chiaroscuro, an exciting blend of Riesling, Chardonnay, Pinot Gris, and Pinot Meunier all grown on the home vineyards. Sadly (for us) only a small amount of this is made every year. The grapes are co-fermented together to produce a wine similar to those you can find in North-East Italy. The vineyard’s owner, cinematographer Michael Seresin, is a big fan of these blends and asked Clive to produce something similar. He should be very pleased. We also tasted the 2010 Chardonnay and the Pinot Noir, the latter of which won’t be bottled for another couple of years to allow it to soften and develop some of those lovely secondary flavours. 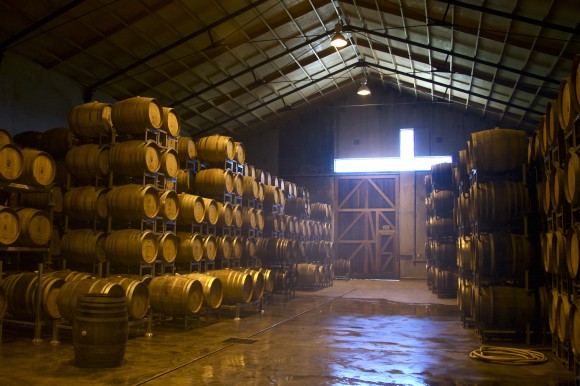 Finally, we headed back to the cellar door for some more wine tasting. We started with the fresh, grapefruit and gooseberry 2009 Sauvignon Blanc. It is characteristic of the region, but a world away from the gooseberry compote that I’ve grown to know and hate. We also tried the 2008 Memento Riesling, all big juicy limes and crisp green apple with a cheeky hint of gasoline on the nose. We followed this with the wonderfully balanced, creamy, nutty, peaches ‘n’ pineapple 2008 Chardonnay.  We ended by tasting two Pinot Noirs – the 2008 Leah and the 2007 Rachel. The Leah’s grapes were grown in a hotter year and had a softer, fruitier style. The Rachel was made from grapes that were a lot smaller and, as a result, the wine is darker, with higher tannins and a piercing blackcurrant flavour.  A bit of a keeper, I imagine.

As we left, it struck me that this had been an enjoyable visit not just because of the access we’d been given. It was also because everyone seemed to really like working there. Did I mention the smiling guy cleaning the tanks? I suspect somewhere there may be a sign which says: “You don’t have to have a sunny disposition to work here, but it helps!” 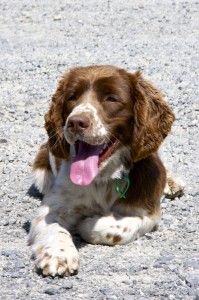